How this Ugandan journalism institute is changing investigative reporting in Africa 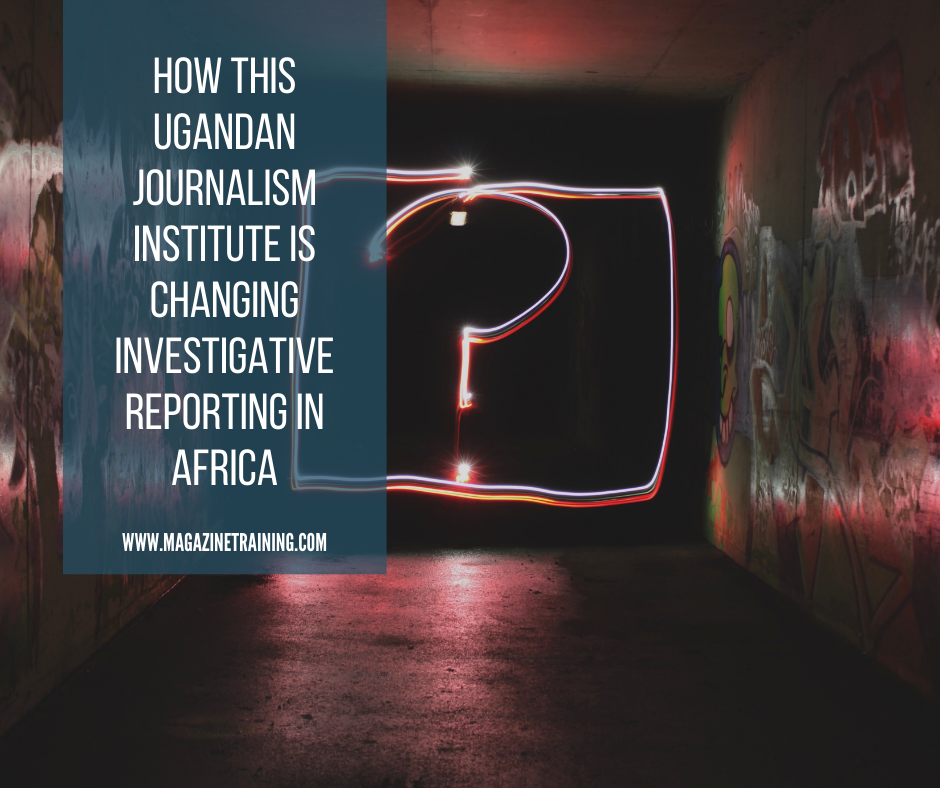 Two years ago, Ugandan investigative reporter Solomon Serwanjja partnered with BBC Africa Eye on the investigation, Stealing From the Sick. Published as a documentary film, the project uncovered the alleged trading of government-regulated pharmaceuticals on the black market in Uganda. It also exposed the plight of Ugandans who were forced to use private hospitals because of frequent drug shortages at government-run hospitals.

As the team worked on the documentary, however, Ugandan authorities accused Serwanjja and his colleagues of stealing restricted medicines. Police raided his home and arrested his wife. They also took three BBC journalists into custody. The BBC stepped in to fight the charges, and ultimately Serwanjja’s wife and the reporters were released.

Serwanjja proceeded to complete his investigation. As he put the finishing touches on the documentary, however, one question ran through his mind: How would he have conducted the investigation and survived the attack from Ugandan authorities if the BBC did not provide resources and support?

Before collaborating with the BBC, he had attempted to work with colleagues from other local media outlets in Uganda on stories he felt needed more input than his team at Ugandan TV station NBS could offer. He was unsuccessful, as they could not provide him with the support he needed for his reporting.

“I thought of what would happen to investigative journalism in Africa if BBC Africa Eye and other big boys close,” he said. “Al Jazeera had Africa Investigates but it was shut down.”

Serwanjja pondered over the question with Raymond Mujuni, an investigative journalist and editor with NTV Uganda. Together, they discussed establishing a neutral space to allow journalists from different outlets to collaborate on impactful investigative reporting projects.

In January 2020, they launched the African Institute for Investigative Journalism (AIIJ). The same year, they applied for and received a grant from the Open Society Initiative for Eastern Africa, which helped them secure office space in Uganda’s capital of Kampala.

Serwanjja is the executive director of AIIJ, and Mujuni serves as his deputy. Today, the Institute is present in Uganda, Kenya and South Africa, and plans are underway for a regional West Africa office in Nigeria.

AIIJ has implemented robust programming, keeping in mind the many factors that go into producing hard-hitting investigations.

Photo by Emily Morter on Unsplash