How the pandemic is throwing international reporting into crisis 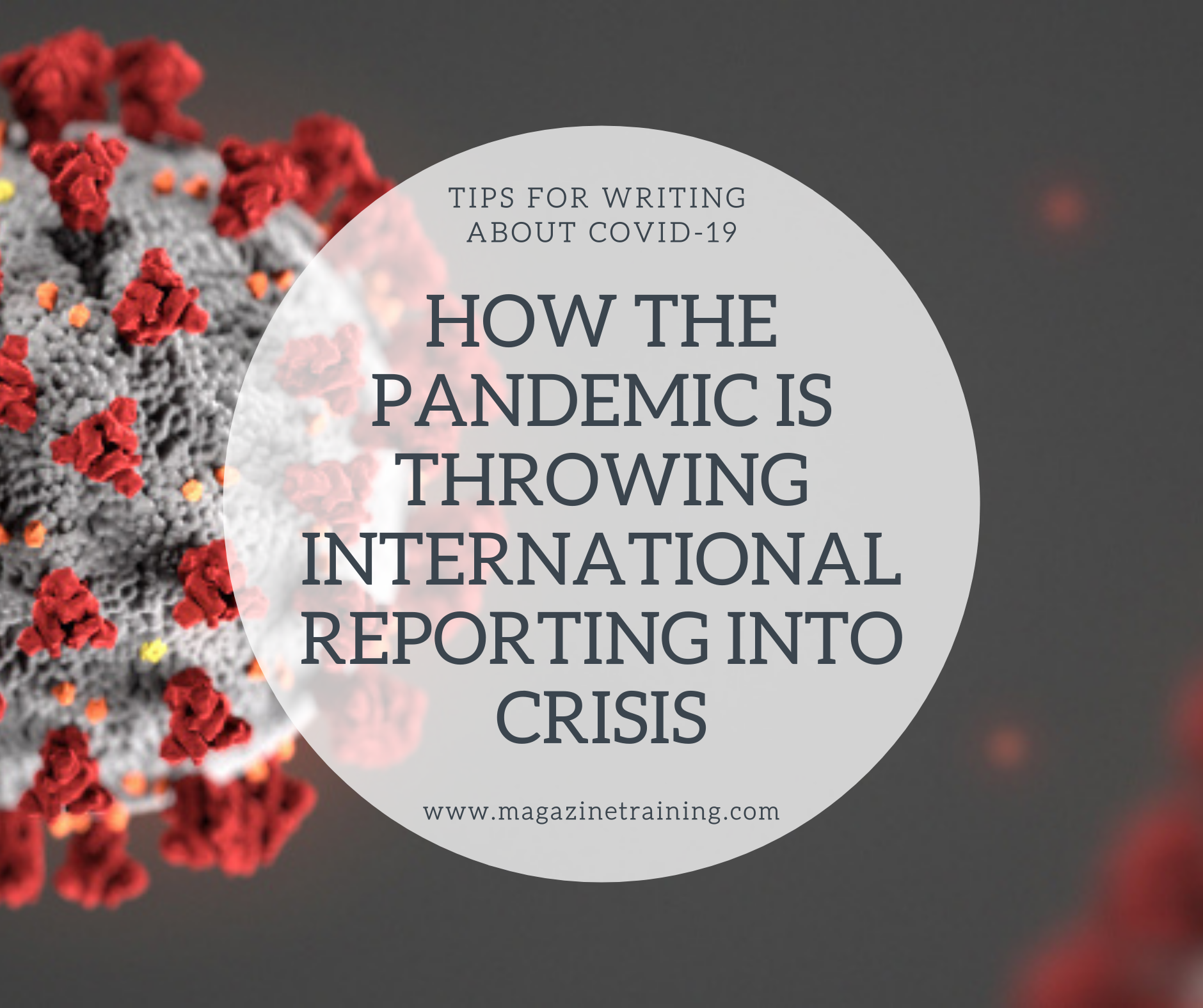 The coronavirus has created a devastating cocktail of economic turmoil and heightened risks that throw the fate of foreign reporting into jeopardy.

I was in rural Guatemala following the lives of former migrants when the pandemic hit like a sledgehammer.

I’d spent the past two years as a freelance foreign correspondent, covering mostly Colombia and Venezuela. I traveled by airplane, bus and the occasional motorcycle to rural nooks of Latin America often ignored by the rest of the world. I often went alone because, while it’s less secure, I earned a bit more money that way.

Like most freelance journalists, I worked with very little support from the publications that paid me.

When a colleague and I left on a two-week reporting trip to Guatemala in early March, COVID-19 was barely a blip on our radar. Within days, international borders began closing around us and we had to cut our trip short and flee back to Colombia.

When we walked out of the airport, I felt the doors slam shut on the way I used to do my job.

At a time when global coverage has never been more important, the coronavirus has created a devastating cocktail of economic turmoil and heightened risks that throw the fate of foreign reporting into jeopardy.

Reporters, editors and press freedom experts described to Poynter the new reality they face covering the world, and the long-term effects beginning to take root.

International reporting has been beleaguered for years.

As news budgets were slashed over past decades, foreign bureaus were the first to go. We were the ones to replace them: an army of freelancers fighting for work week to week and wondering if our editors knew, or even cared, about the risks we ran.

“A lot of freelancers are doubly hit,” he said, “in their pocketbook and in being unable to adequately protect themselves in covering this.”

That’s a reality Mexico City-based photojournalist Luis Antonio Rojas has faced since the pandemic hit his country in March.

Rojas spent years splitting his time between long-form project work following farmers on the fringes of his city, and shorter assignments for international news organizations photographing everything from child militias to migration.

For Rojas, covering the virus as a freelance journalist felt like both a seismic shift and more of the same.

Being a journalist in Mexico has always come with risks. More than 140 journalists have been killed in Mexico since 2000, according to Reporters Without Borders data. Others have been detained or disappeared. Most violence ends in impunity.

Rojas and other journalists formed their own group, Frontline Freelance Mexico, in which they work as a group to confront the risks of their reporting.

“We’ve always been alone, so this (pandemic coverage) is just another hurdle. We’ve always had to care for ourselves,” he said. “This is the same thing. We have to work in high-risk areas without much support and often on our own dime.”