How non-media experience can make you a better journalist 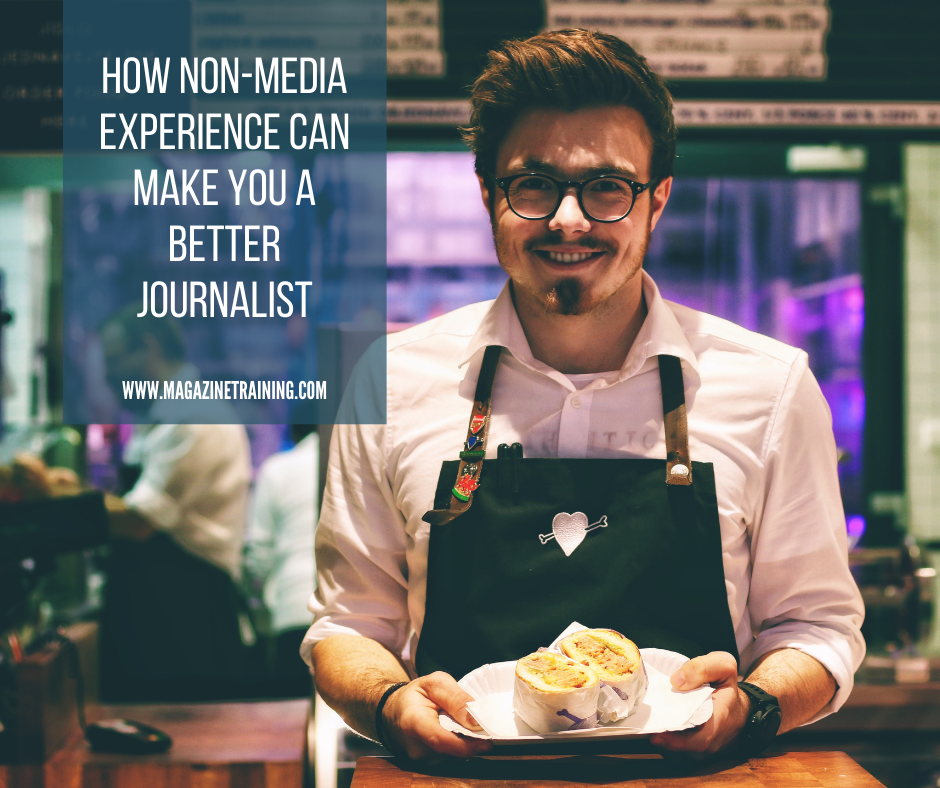 It’s no secret that the media industry has many diversity issues to address, among them a class problem. Journalism schools remain prohibitively expensive in many countries, costing tens of thousands of dollars in the U.S., for example, and in the U.K. only 10% of journalists come from a working-class background.

On top of this, most media jobs are based in big, expensive cities. With a declining employment rate and poor salary prospects, many who cannot rely financially on family need a different occupation to make ends meet, especially as they build experience through unpaid or underpaid newsroom gigs.

“A lot of people work 12-14 hours a day when they are at university or just starting in their [journalism] career, [doing] an internship in the day and then working in a bar at night,” said Michele Theil, a London-based freelancer who worked in hospitality for a few years.

This aspect of working in media is not often talked about. Perhaps because any non-media job can feel irrelevant, as California-based reporter and freelance writer Elsa Cavazos said: “Maybe some journalists, myself included, might disregard any other work experience because it was not their ‘dream job.’” Cavazos is grateful to have previously worked in multiple retail shops and roles outside of journalism, though she doesn’t often talk about the experience because it has little to do with her future goals.

U.K.-based freelance journalist Adam England pointed out: “The media industry remains a very upper-middle-class environment in which those at the top tend to follow the same pattern of private school to university to media job. This sort of trajectory is normalized, and I feel this makes it perhaps more difficult for people who’ve worked outside of the media to really talk about their experiences.”

Non-media experience can be a valuable asset, however. Jenna Farmer taught in secondary schools for eight years before launching her freelancing career, focusing on writing about parenting and health. Her background in education has helped her shape story ideas, and today she runs the motherhood magazine mumernity.co.uk, and has bylines at The Independent, Mother and Baby, Happiful and The Telegraph, despite having no formal journalism degree. “There’s more than one route into journalism — and it doesn’t have to involve interning!” she said.

Photo by Petr Sevcovic on Unsplash