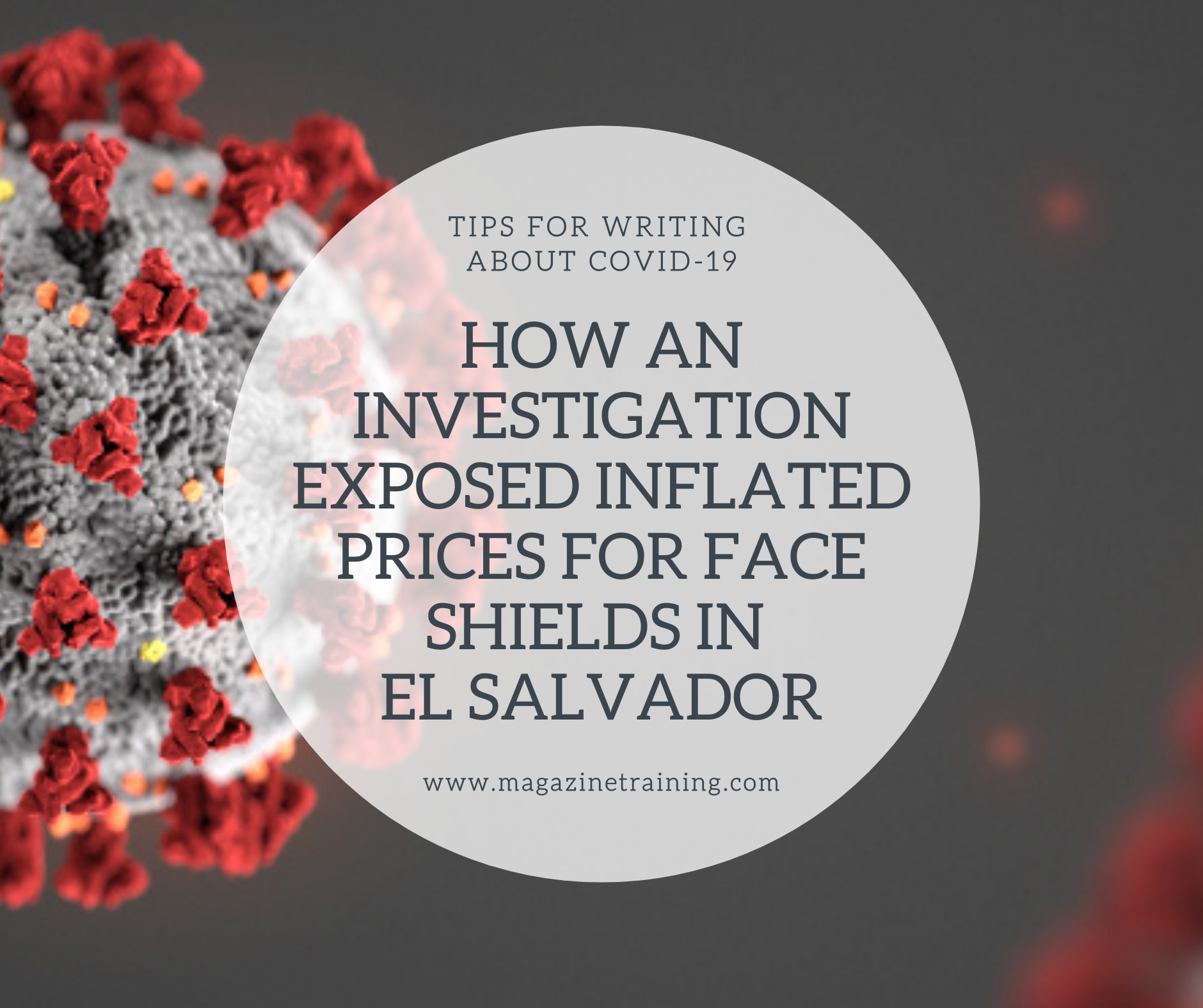 During a pandemic that many countries have exploited to clamp down on transparency and accountability, the work of journalists is more challenging — and essential.

Amid such conditions in El Salvador, veteran journalist Cecibel Romero exposed government irregularities in the purchasing of protective equipment. After she published her reporting, authorities in El Salvador fired a public official and launched a probe into government contracts.

When COVID-19 first hit El Salvador last year, the country was in the midst of another major crisis: drinking water shortages had become commonplace in recent years. The government had distributed millions of plastic bottles of water to address the issue.

After critics raised environmental concerns about the policy, the government bought back the used bottles, promising to recycle them. When the country experienced a shortage of protective equipment for its essential workers at the onset of COVID-19, the government announced it would put this plan into action, to produce and distribute plastic face shields.

“It sounded like a happy ending for a story: ‘We took this garbage and turned it into a useful product that now we can give to frontline workers,’” said Romero. But she suspected that wasn’t the full story.

She decided to look into the government official leading the process: Jorge Aguilar, president of El Salvador’s Environmental Fund and a well-known business person in the recycling industry. That’s when she learned that face shields purchased by the government were made by Insema, Aguilar’s family company.

Despite a government suspension on public information requests, Romero had obtained a series of official reports submitted to the country’s legislature on vendors, prices and products related to the face shields. She read extensively about the issue, and spoke with public administration and procurement experts, training her sources on digital security best practices along the way. “One has to invest time in teaching and make them see the advantages of using Telegram or Signal instead of WhatsApp or Facebook Messenger,” she said, noting that many feared retribution for sharing information.

Romero also unearthed helpful information on social media using Vicinitas, a tool that allows users to download tweets. “All that propaganda is very useful,” she said. “The challenge is getting used to organizing it and having a backup for it.”