The health crisis at home: Reporting on domestic abuse 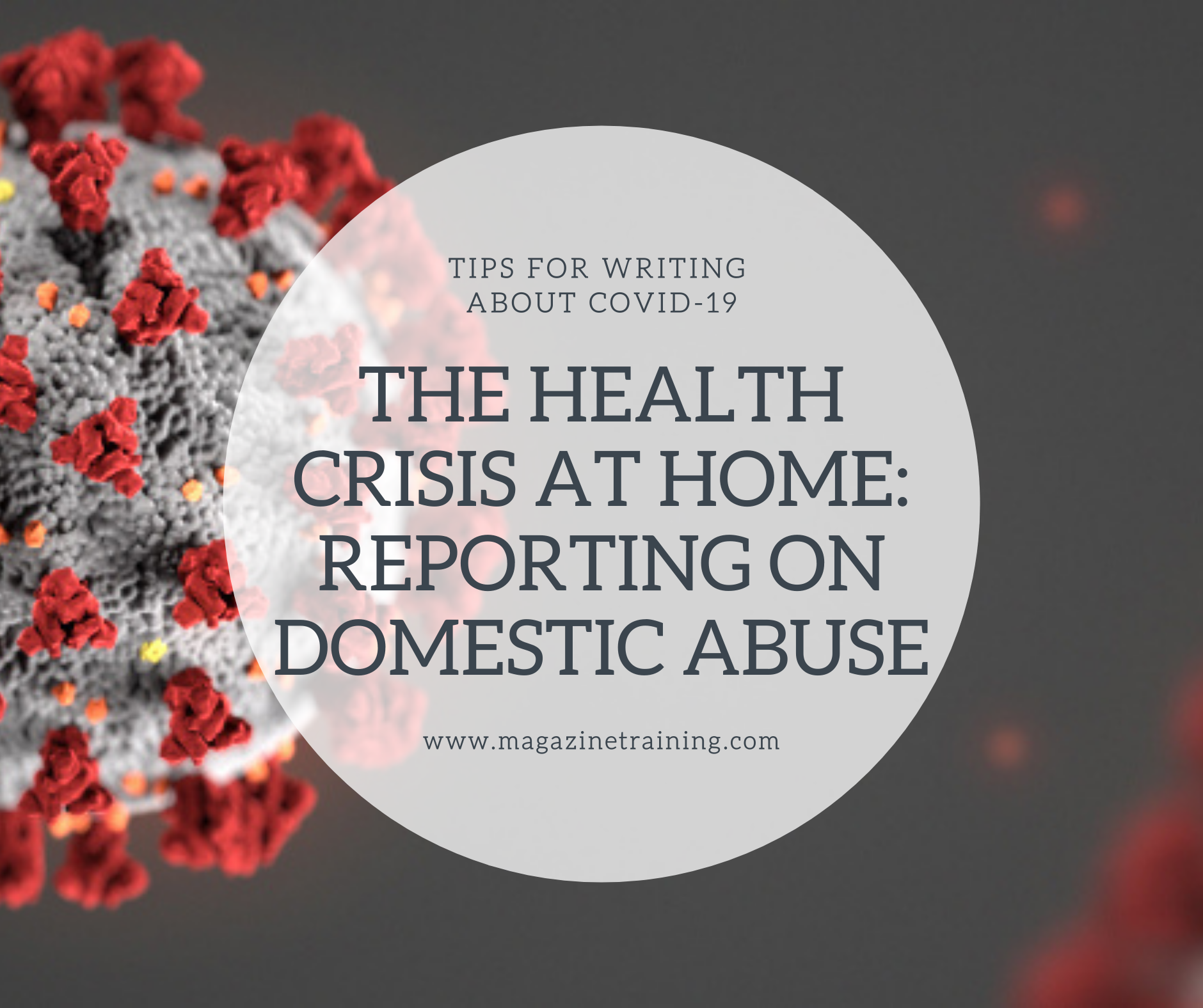 Gender-based violence and abuse is the leading public health issue around the world, with research estimating that one out of every four women will experience harassment or abuse. In the face of the COVID-19 pandemic, and lockdowns and quarantines around the world, advocates worry that gender-based violence is on the rise — even if the number of reported incidents remains low.

“Gender-based violence is not the shadow pandemic, it is the primary pandemic,” said Hazel Friedman, author and TV documentary producer for Special Assignment on the South African Broadcasting Corporation (SABC), in an ICFJ Global Health Crisis Reporting Forum webinar on Thursday. “It feeds on so many other socio economic ills.”

Other panelists included Luisa Ortiz Pérez, executive director and co-founder of Vita-Activa.org; Ann Marie Cunningham, the 2020 Lipman senior fellow in civil and human rights reporting at Columbia Journalism School; and Jess Hill, Australian investigative journalist and author of “See What You Made Me Do: Power, Control and Domestic Abuse.” Taylor Mulcahey, IJNet editor, moderated the event.

Hill said domestic abuse rises at times of economic recession when perpetrators experience increased levels of humiliation or shame, such as losing a job or a sense of public identity. They’re likely to express that as fury in the family space as a way to reassert some semblance of control, which is what is happening now during the coronavirus crisis.

There is a great deal of debate over what terminology to use when describing this type of violence or abuse. Domestic violence, violence against women, domestic abuse, gender-based abuse and intimate partner violence all describe similar experiences, but different advocates use different terms.

Pérez says journalists should let survivors define what has happened to them, and then reflect that concept back to them. This way, reporters and readers can better understand the realities of what happened.

Context, culture, region, language matter, as does your audience. You shouldn’t use the same language in policy circles as you would in academic circles, and the same goes with the people on the ground experiencing it.

In her book, Hill used the term domestic abuse instead of violence, as many people had a hard time moving past physical manifestations of violence. “Every time I used the word violence and tried to explain that violence can mean psychological violence — it doesn’t need to mean physical — it didn’t come across to people straight away,” she said. Using the term domestic abuse has spurred a discussion in Australia on the parts of abuse that go unnoticed, such as coercive control and systematic campaigns of domination and degradation.

Limit reliance on data and statistics

Statistics can grab headlines, but they don’t tell the full story, panelists agreed, and they can mislead how audiences think about gender-based abuse.

Many statistics rely on counting incidents, which are mostly physical. This is a limited way to frame gender-based violence or abuse, which is actually “a system of ongoing abuse that never switches off,” according to Hill.

Coercive control and campaigns of domination through isolation and micromanagement often go unnoticed, and are rarely reflected in statistics.

However, statistics can be useful to show increasing threats. “There was a UN report that came out and said if the lockdown continued for six months longer, we’d be looking at 31 million additional cases of gender-based violence or domestic violence,” said Hill, demonstrating that statistics can be important for audiences to understand rising (or falling) levels of violence.

“In the case of Latin America, there is a growing trend of connection with the digital world and the attempt to control and to abuse, using extortion with intimate pictures or intimate materials, trolling or even revenge pornography as a way to attack or to suppress and to silence the women,” said Pérez. “Online violence is real as well. And it is increasing in the context of the pandemic because there are a lot of idle people online just looking for a way to control the rest.”

Friedman says reporters need to keep police accountable. By following up with cases that police have investigated, or where the perpetrator has appeared in court, reporters can help survivors and their families find resolution after years without closure.

Reporters should also explore the compounded impact of police brutality and lack of trust in law enforcement. Cunningham, whose research will focus on violence in communities of color in Mississippi, says there are many cases where Black women have called the police to report domestic violence, and have ended up shot by the police.