Grief and COVID-19: Interviewing loved ones left behind 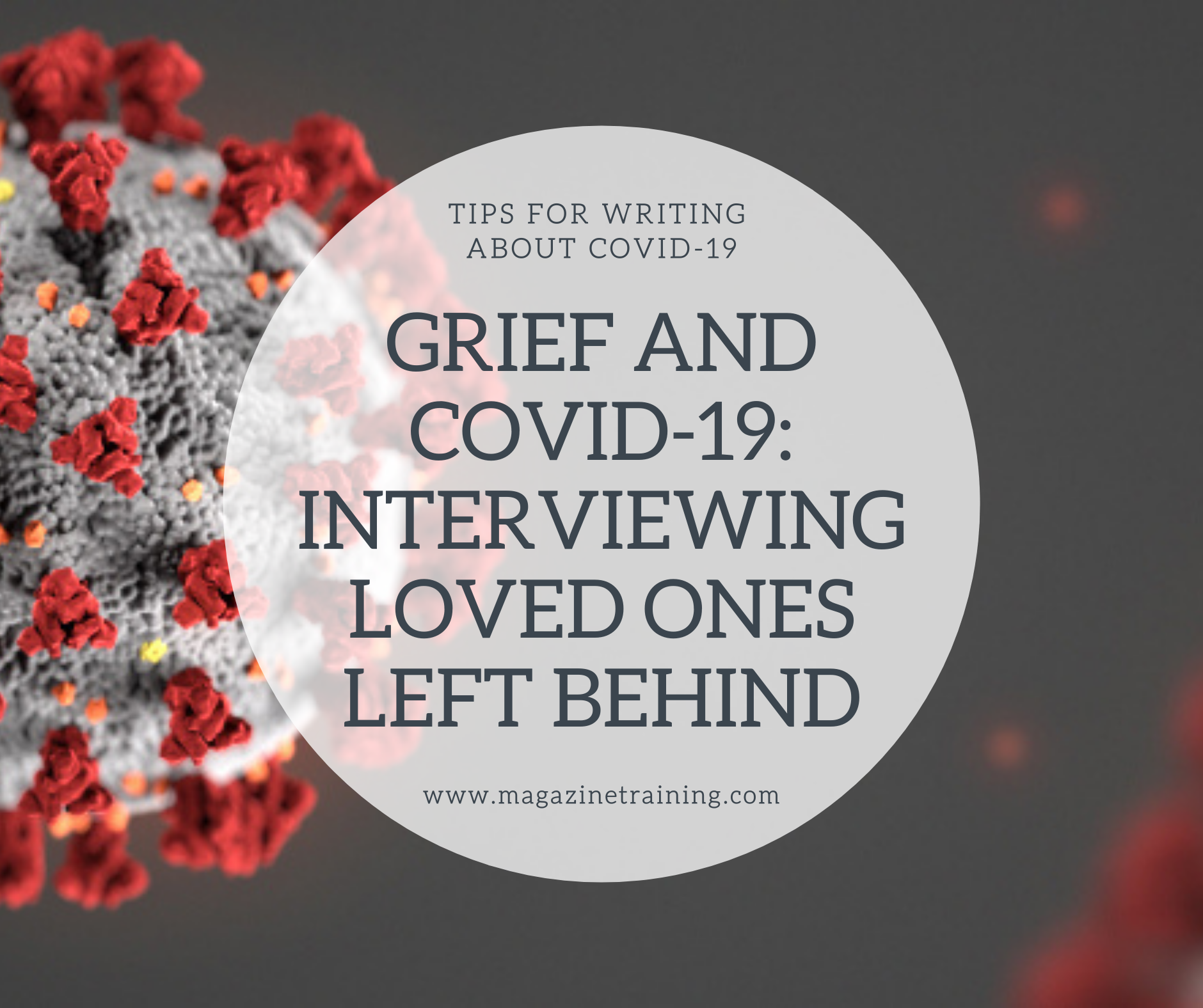 COVID-19 has devastated the world in less than a year, killing nearly 900,000 people and infecting more than 27 million. Loved ones are left behind to grieve their loss at the hands of a virus that has, and will, continue to upend our way of life.

Grief counselors and doctors are practiced in the task of speaking with those who have recently lost someone in their lives. Now, more journalists are taking up that mantle.

The New York Times, The Washington Post and CNN are just a few of the outlets that have published remembrance series to honor victims of COVID-19. Reporters from different beats have been called upon to contribute memorial pieces, which often include interviews with close friends and relatives of the deceased.

New York Times senior staff editor Joshua Barone typically writes about the arts and architecture. In April, the Times called on Barone to report on the deaths of several figures in the music industry for their series, Those We’ve Lost.

Barone was familiar with how to approach someone grieving a loved one; he began his reporting career writing student obituaries in his college newspaper. It was an assignment he had since avoided, however — until COVID-19 struck.

“Normally I write about music, and the obituaries I’ve written have been in the music world. And that’s been an industry like so many others that’s been so severely affected by the pandemic,” said Barone. “It’s a conversation with an objective, but they’re very understanding of that because they want to get the story of their loved one out there into the world.”

The most important thing a reporter can do is to approach the conversation with compassion, as you would with anyone who has lost a loved one.

“Just be patient and let people talk for a very long time,” said Barone, who interviewed the widow of conductor and music festival leader Joel Revzen shortly after he died. “It’s just such a fresh shock for so many people that often they’ll forget to say things that they will remember later in the conversation. It’s always a good thing in journalism to sort of shut up and listen. But especially in the case of obituaries, it’s crucial because people remember a lot along the way.”

Sometimes, it may help to speak with your interview subjects more than once. If the individual seems overwhelmed or reluctant to speak, it’s important to feel that out and determine if a follow-up phone call would be appropriate and helpful.

“In journalism, more of the work should come from listening than from asking questions, and questions should be asked at the appropriate time,”  said ICFJ Knight Fellow Fabiola Torres, the director and founder of Peru-based health news site, Salud Con Lupa, which also began its own memorial project. “We try to determine if it’s the right time to talk, or if we should call back again later. In order to help the relatives providing us with information feel comfortable, we exchange multiple calls and messages to make it clear that we are going to use the details they provide us in a respectful way.”