Get ready for a tsunami of falsehoods around the reopening process 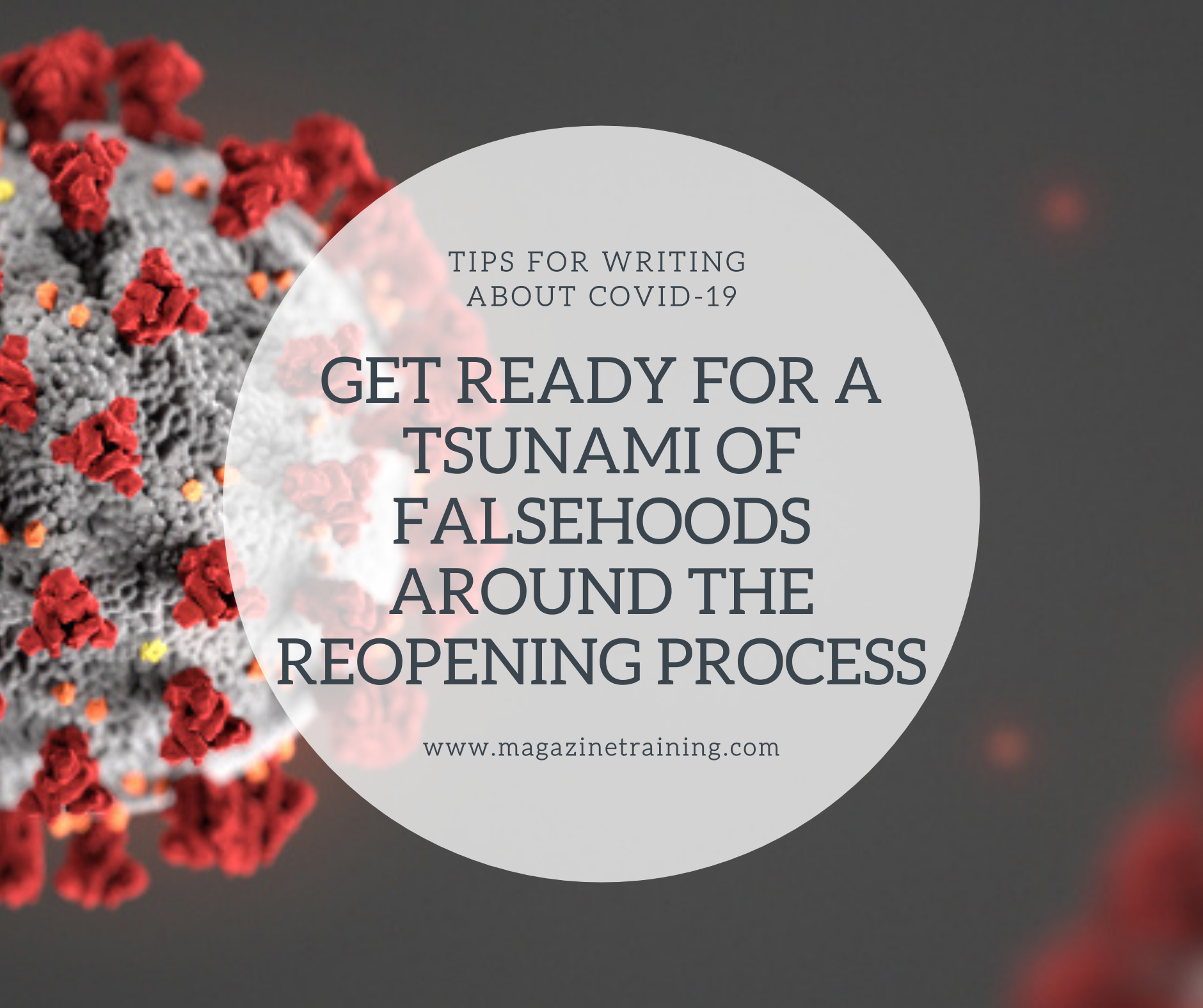 A new — and gigantic — wave of falsehoods rises on the horizon of COVID-19 misinformation. This time, it’s about what is open, what is closed, and the scary effects that could have on citizens’ health.

Between April 2 and May 7, at least nine fact-checks related to reopening issues were published in five countries and gathered by the CoronaVirusFacts Alliance database.

This new trend of mis/disinformation is appearing in countries like the United States, Italy, Ireland, United Kingdom, and Guatemala.

You might find fact-checks about this topic silly and just laugh a little because they can reveal what people would like to be open (or closed), for example.

Full Fact’s team, in the United Kingdom, fact-checked the reopening of McDonald’s restaurants on April 6 and on April 27.

This falsehood went viral on Facebook twice but McDonald’s had no plans to reopen its stores in April in the UK.

For Ireland, the falsehoods were about golf courses reopening.  A story went viral on Facebook and WhatsApp, and fact-checkers from The Journal.ie had to publish an article debunking it on May 2.

The fact-check clearly stated that, according to the government, golf courses were not allowed to reopen in Ireland until May 18, and added that the Golf Union of Ireland had called the claim a prank to be disregarded. Frustrating for golfers, right?

With the golf joke resolved, the Irish started to share on Facebook that the department store Primark would reopen on June 8. False, The Journal.ie said again. The Irish government decided that stores like Primark could resume activities on June 29. Shoppers didn’t like the fact-check.

In the United States, however, the new wave of hoaxes isn’t amusing. It’s dangerous.

Politicians are using the wrong data about COVID-19 to promote their personal positions about reopening.

On May 7, for example, Democrat Stacey Abrams, considered a potential vice president candidate to Joe Biden, gave an interview to Mother Jones and criticized how her state — Georgia —  is reopening.

“Since the reopening of the state, we’ve seen our COVID rate skyrocket by 40%,” she said.

PolitiFact published a fact-check rating the information false. In fact, as of May 15, the number of cases in Georgia had fallen 12% compared with the same period before the reopening.