Following Facebook’s changes, publishers can use these strategies to overcome the loss of traffic 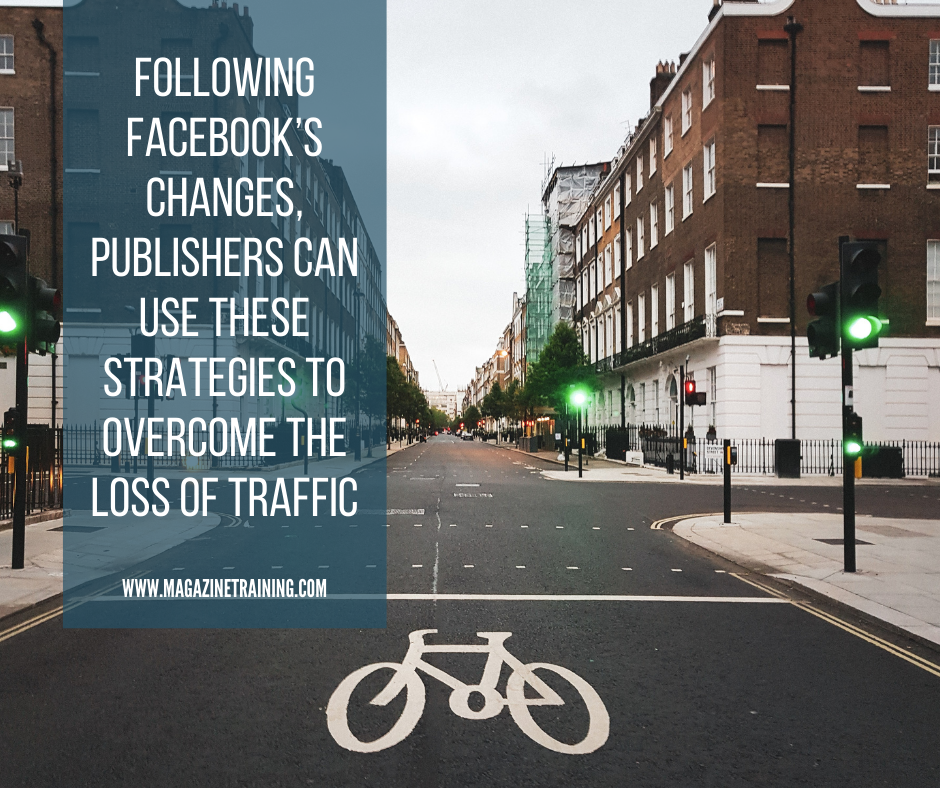 Now that Facebook has made clear that it will not be promoting journalism to its users there are several tactics and strategies that publishers can take to replace what they have lost (and will lose) from Facebook’s pivot away from news.

1. A tactic: start an email newsletter with links to your content. Think of it as a walled garden that protects you from Facebook.

Daily, weekly, or monthly newsletters create a more intimate relationship with users. Some publications have several on different topics, such as technology, business, public safety, or politics that users can select from. Local news sites in particular can benefit from daily newsletters.

The links to your content send users directly to your site, and any ad revenue goes to your business rather than Facebook. Many digital news publishers report higher response rates from email subscribers to offers of subscriptions, premium content, or memberships.

2.  Focus on the quality of users instead of the quantity: relationship rather than scale, engagement rather than volume.

The metrics of the “attention web” focus on showing the value of the audience’s relationship with the media brand rather than with an advertiser’s product.

Some of these metrics are:

Engaged users are the ones who become loyal users. They develop an emotional connection with a media brand.

3. Identify your loyal users and tailor special offers and services to them.

In Analytics, the loyal users are the ones who return to your site many times a day, week, or month. Media researcher Alfonso Vara-Miguel, a colleague of mine at the University of Navarra, has written(Spanish):

A loyal reader will repeatedly buy their paper, will better tolerate price increases, will be more inclined to buy other products from that brand, and is much more likely to recommend those products to other people.

Users of the Washington Post, for example, who visit the site at least three times a month are the ones most likely to buy a paid subscription to digital content.

4. Focus most of your editorial resources on content that differentiates you from competitors — content that is available nowhere else.

When your content is different, your users feel like they are members of a special club who get privileged information. This makes them loyal (Point 3), which has economic value.

Also, this strategy frees your editorial team from chasing stories that may produce clicks but distract them from the differentiated editorial mission of your publication. If all the media are chasing the latest scandal involving a political figure, your team can investigate the how and why of that story to give it context, meaning, and added value for your audience.

5. In a time of distrust of media and misinformation, credibility is the new currency. It is the most important asset of the publication.

Here is my take about the importance of credibility and trust for media 2018:

Independent media — those based on serving the public rather than turning a profit — will grow in importance through revealing corruption and holding authorities accountable… That credibility will have economic value that will be monetized.

Now is a good time to approach brands with the message that they gain credibility for their products and messages when they are surrounded by credible content — yours.

6. Focus on native advertising or “sponsored content” rather than targeted advertising.

So-called “native advertising” can help publishers move on from Facebook in several ways. In the first place, it gets past ad-blockers because it appears to be editorial content, not an ad. This makes the content load quickly, which is especially important to mobile phone users, now the majority of news consumers.

When it is done right, native advertising — also known as advertorial or sponsored content — will give readers valuable information that complements a publication’s editorial content. It will feel less intrusive than targeted advertising of the kind used by Facebook, and will keep users engaged.

7. Take advantage of what Facebook doesn’t know about your users and their friends.

While Facebook’s uses its vast storehouse of information on individual users and their networks to send them targeted ads, journalists in a particular town, region, or country know much more than any algorithm about local customs, traditions, language, expressions, personalities, power-brokers, history, and much more.

Publishers can take advantage of this specialized knowledge to offer highly differentiated content (Point 4) and attract a different kind of sponsor or advertiser (Point 8, to follow).

8. Talk about ethical values and public service with potential sponsors and contributors.

Facebook is a business designed to get people’s attention and make money. Ultimately it serves the investors first, the advertisers second, and the public comes in last.

People want to be part of an organization whose mission is to search for answers and attempt to inform rather than serve vested interests.

9. Monetize the social capital you create.

Social capital is a value that media entrepreneurs generate through their ethnic, social, professional, and business networks, which is enhanced through public service.

Social capital is not as concrete as financial capital, but it can be monetized, as many digital media organizations have done around the world. Crowd-funding, partnerships, collaborations, grants, sponsorships, and donations are some of the ways to convert social capital into support.