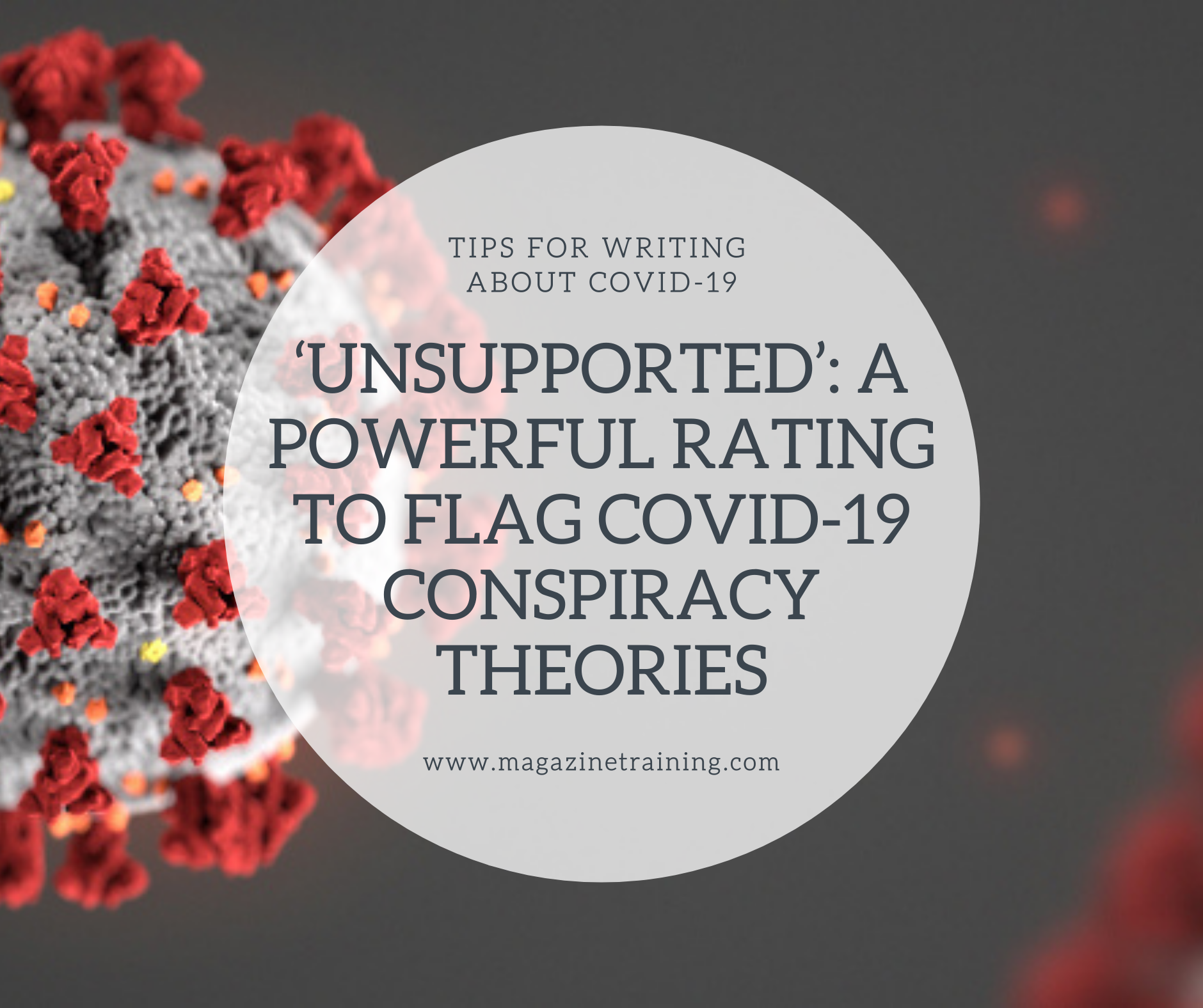 The burden of proof is actually on those who spread false information. Not on fact-checkers to prove them wrong.

Public data is the raw material with which fact-checkers work every day. Without it, the credibility of rating information as false — without being able to show the reasoning behind the decision — is weakened, no matter how obviously false the content seems. But there is a way to navigate this, even if data is not accessible.

During the COVID-19 pandemic, when conspiracy theories and misinformation related to vaccines, thermometers, and miraculous prevention methods are gaining steam on social media, the fact-checking community has found a simple – and honest – way to say something is probably not 100% true.

Fact-checkers are posting articles with intermediary rating labels such as “unsupported” and “no evidence” to alert audiences to highly dubious content.

In the list of more than 7,800 fact-checks published by the CoronaVirusFacts alliance, the collaborative project that since January brings together 99 fact-checking organizations from around the world, there are at least 107 articles in which fact-checkers opted to say there was “no evidence” regarding the truthfulness of a certain piece of information rather than flagging it as completely “false”. One-third of these checks were produced in the last two months.

Here is a simple example of how effective it is.

In June, British Twitter accounts published that suicides had increased 200% in the COVID-19 lockdown period. FactCheckNI’s stated, on July 1, that there was no public data capable of supporting that. A smart move.

A similar logic was applied by Science Feedback in a check of a conspiracy theory that went viral on Facebook pages and Twitter accounts in the United States in the first week of this month.

“U.S. hospital laboratories falsify COVID-19 tests to inflate the number of positive results… Nurses sent unused swabs for COVID testing and they all came back positive,” said posts and tweets.

“There is no evidence that hospital laboratories have falsified the number of COVID-19 positives. While false-positives can occur, experts agree that they are a rare event. On the contrary, false-negatives are hard to control as they can be due to many different factors apart from test accuracy, including the type of specimen analyzed, the sample handling, or the stage of infection. Failing to correctly identify infected people would promote disease transmission and constitute a public health risk”, fact-checkers wrote.