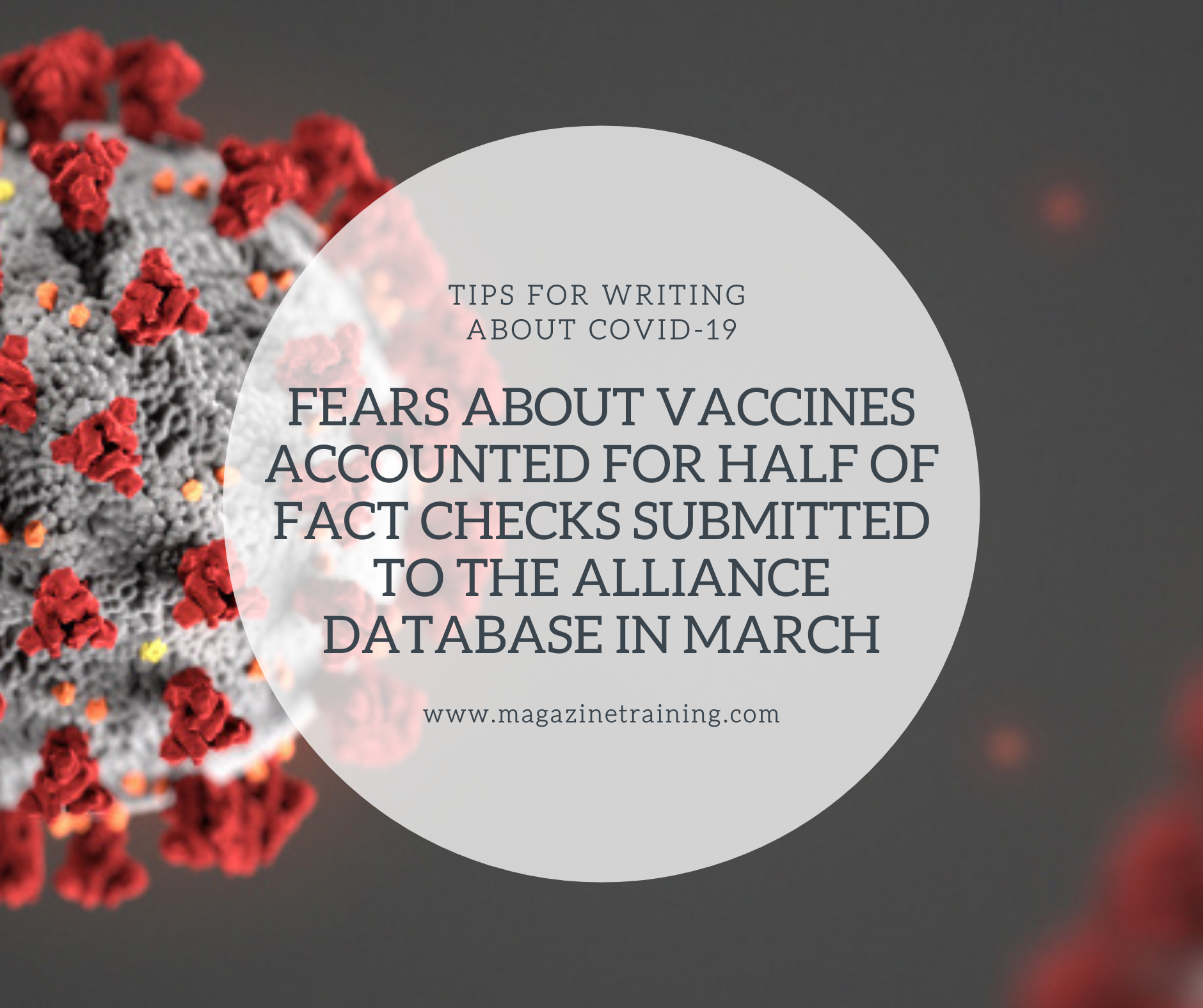 455 new fact checks were added in March, with false claims about adverse reactions and deaths being the most prominent

Vaccine falsehoods increased their share of the CoronaVirusFacts Alliance database in March, accounting for 49% of the 455 newly added claims. The database, which combines the work of more than 90 fact-checking organizations from more than 70 countries writing fact checks in more than 40 languages, has compiled more than 12,000 fact checks since the beginning of the infodemic.

The largest share of false vaccine claims centered on fears that the COVID-19 vaccine could lead to the recipient’s death. However, the latest vaccine monitoring information from the U.S. Centers for Disease Control and Prevention “has not detected patterns in the cause of death that would indicate a safety problem with COVID-19 vaccines.”

Several claims were variations of a falsehood that Israel’s vaccination campaign led to increased deaths not from the COVID-19 virus, but from the vaccine intended to eradicate it. Fact-checkers in Mexico, Georgia, Spain and Brazil all checked claims that relied on a flawed interpretation of Israel’s vaccination data.

Ironically, the data, which examined the number of Israelis who contracted COVID-19 after being vaccinated, showed a precipitous drop in deaths for those who’d been fully vaccinated compared to those who were less than two weeks removed from their first vaccine. Fact-checkers pointed out that the vaccine requires two weeks to build up immunity in the body before it can be considered effective.

Falsehoods about Israel’s vaccine rollout may have inspired a criminal complaint filed against the country at the International Criminal Court in the Hague. The complaint, which accused Israel of “violations of the Nuremberg code,” inspired a falsehood checked by both Correctiv from Germany and Agence France Presse that both Israel and Pfizer would imminently be put on trial. Both fact-checkers pointed out the ICC had merely acknowledged receiving the complaint, rather than setting a definitive trial date.