Fact-checking and independent media: weapons against ‘fake news’ in Ukraine 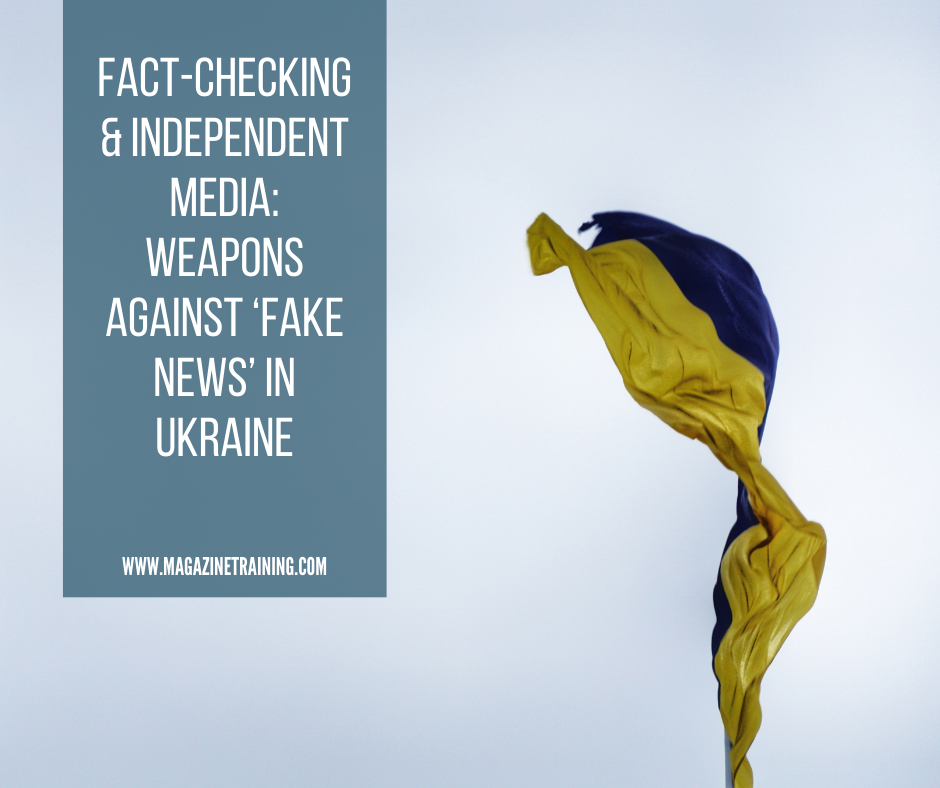 Countering fake news and propaganda has been journalist Margo Gontar’s mission since she co-founded the Ukrainian fact-checking website StopFake in 2014. A project at the Kiev School of Journalism, a group of professors, students and volunteers established the site in response to the stream of fake news that exploded with the occupation of Crimea.

“The aim of fake news is not that people believe [it],” said journalist Margo Gontar. “Their aim is to confuse the audience. At some point, they just don’t trust the media at all.” Gontar theorizes that, when inundated by fake news, many people just distance themselves from political discourse altogether.

To fight this type of disinformation in Ukraine, independent and quality reporting is vital, a sometimes challenging prospect in a country ranked 102nd out of 180 in freedom of the press, according to Reporters Without Borders. Three-quarters of the Ukrainian media market belong to only four oligarchs.

Iryna Slavinska, a news anchor and editor for “Hromadske Radio,” works at one of the few media organizations that doesn’t belong to an oligarch. Financed through donations and grants, the independent station was founded in 2013, a few months before the Euromaidan protests, and quickly became the voice of the protesters.

“We have become much more professional since then,” said Slavinska. Nine hours of programming reach 100,000 listeners every day, with half of this audience listening to Hromadske’s informative content on state radio, where the station is given a two-hour live slot every evening.

“We diffuse our programming from Kiev, Mariupol and Dnipr. We have temporary licenses for the regions of Donezk and Luhansk,” Slavinska said. “Our air waves reach even the occupied territories [areas occupied by separatists] of these regions.” Independent reporting is especially difficult from there as Ukrainian journalists have limited to no access to these areas. For those broadcasts, Hromadske Radio relies on anonymous contacts in the regions or foreign journalists, who have easier access.

Even for independent media organizations, defining news in the context of war remains difficult. Should Ukrainian journalists prioritize freedom of speech over the security of their compatriots fighting in the war? This question was heavily debated at the media conference “Inside Our Blind Spots,” held October in Kiev and organized by the German NGO, the Network for Reporting in Eastern Europe (N-ost).