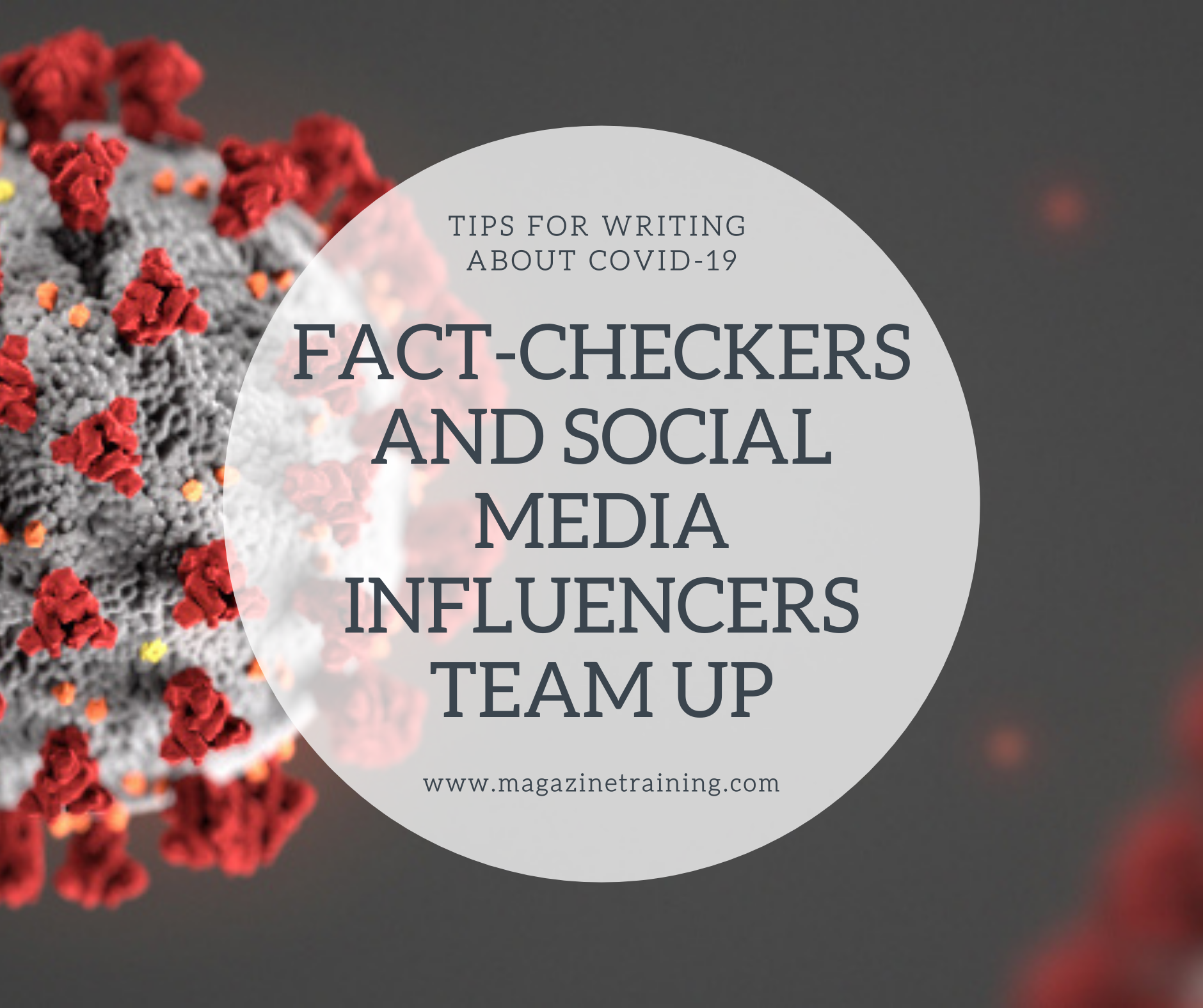 The spread of misinformation around COVID-19 has demonstrated the power of social media platforms to give oxygen to misleading, potentially harmful news. This infodemic is especially glaring in Nigeria, where the use of social media alongside diminishing levels of trust in local media has fueled the spread of false information around vaccines, social distancing and other public health issues.

To stem the tide of misinformation in what is Africa’s most populous country, ICFJ Knight Fellows launched the FactsMatterNG project to connect fact-checking organizations with social media influencers. The influencers use their platforms to amplify verification efforts, as well as share false information they encounter with media partners so they can fact-check the claims.

The first cohort of influencers began their work last August, working with prominent media partners like Africa Check, Dubawa, TheCable and the International Centre for Investigative Reporting-managed FactCheckHub to boost fact checks on Twitter. Plans are underway today to recruit more influencers — especially those who can reach underserved audiences on other social media platforms.

Here are some key lessons we’ve learned from the project so far:

Recruit a diverse team of influencers

We made sure to select from a diverse pool of prominent Nigerian voices on Twitter when recruiting influencers for the project. The team today includes a leading investigative journalist, a human rights lawyer and three medical doctors, as well as popular Nollywood actress Kate Henshaw, among others.

Working with influencers from different backgrounds and spheres of influence helps further expand the reach of fact checks published by media partners. It has helped drive the impact of online engagement during the fellowship, and media partners have also recruited some of the influencers to facilitate webinars and Twitter chats.

We’ve paid particular attention to gender when putting together our influencer support. Women influencers have helped amplify fact checks on women-specific reporting, for instance, like influencer Rinu Oduala did in this tweet, which corrects the claim that women can’t post bail in Nigeria.

Engaging influencers who attract followers around specific issues can boost fact-checkers’ reach and engagement online. Among our cohort of influencers are three leading health influencers in Nigeria who have leveraged their platforms to share health-related fact checking with their followers.

To make the truth as compelling as the misinformation, we commissioned one of the influencers, Aproko Doctor, to produce a comedic video about COVID-19 vaccines. More than 50,000 people viewed the video within the first two weeks of its release.

We engaged influencers who are vocal about issues trending both within Nigeria and abroad. We avoided figures, however, with overt political leanings. This ensured that our media partners would be independent and impartial, and also helped us steer clear of any perception of antagonism or support for the government in power. We had our media partners vet the influencers with this in mind, as well.

In a society where sharing misinformation has become a form of social currency, we recruited influencers who were willing to volunteer their platforms to disseminate verified news. Because we engaged influencers for free, it was important to be clear and upfront about the terms of engagement.