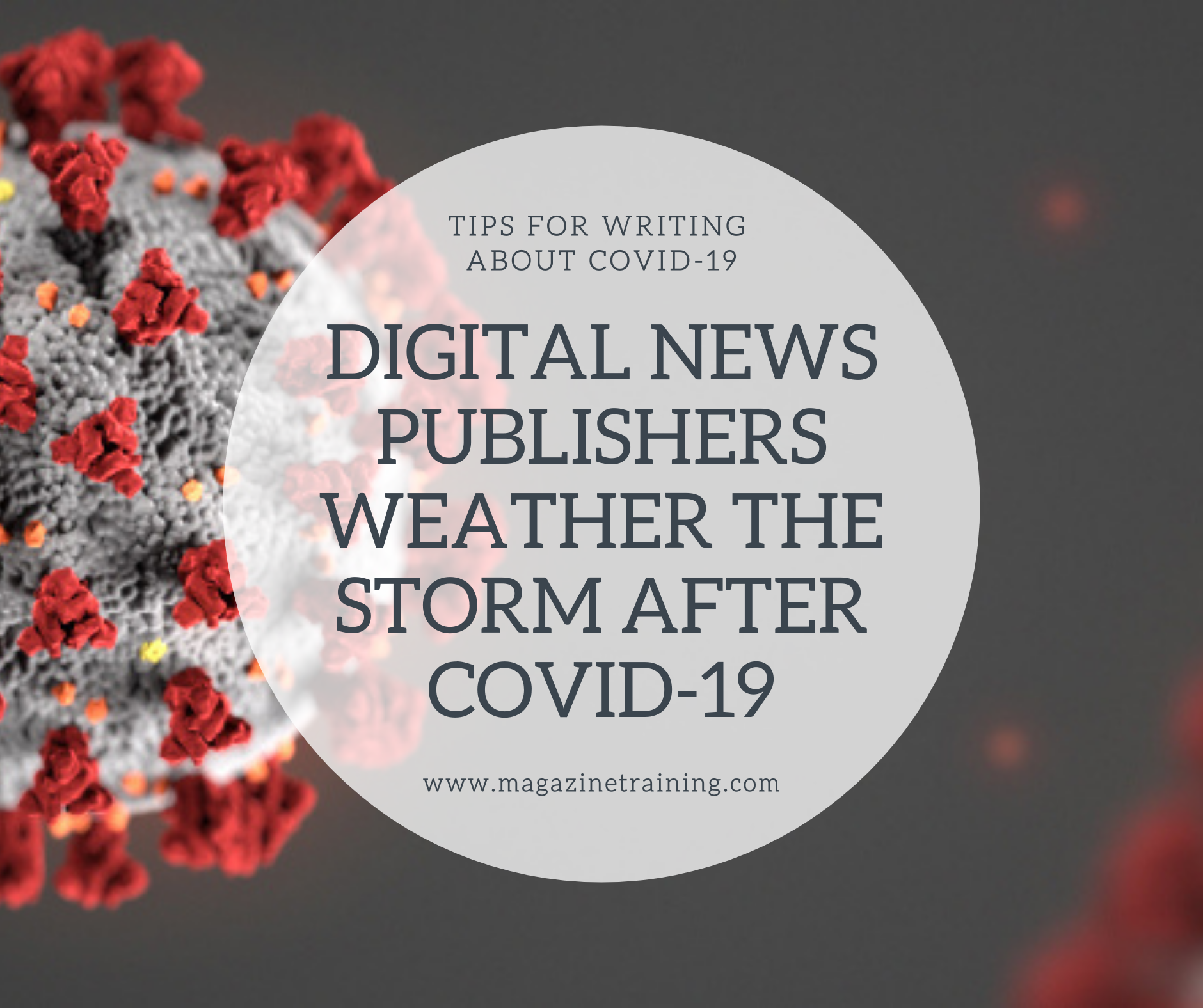 As E&P was putting together the finishing touches on this article, protests were raging across the nation, where police brutality on protesters and the press became unconscionably rampant and hard to keep track of—and journalists still had to contend with the unpredictable coronavirus that had already killed more than 100,000 Americans alone. It was crisis on top of crisis on top of crisis for newsrooms across the country and abroad.

Since March 2020, news organizations have had to take an all-hands-on-deck approach to publishing. It is not just traditional print publications dealing with the ramifications of COVID-19.  Digital news outlets and nonprofits have also had to weather the storm, but they are rising to the challenge.

From early March to the first week of June, Melissa Evans, managing editor at Long Beach Post in Southern California, estimated 80 percent of the site’s content was related to COVID-19.

“One of the things we noticed immediately was that people were looking for ‘explainer stories.’ What’s open? What’s closed? What can we do this weekend? What does the newest health order say? Real practical content. They just wanted nuts-and-bolts information,” Evans said. The most popular story with readers—logging more than 100,000 page views—was published when the first COVID-19 case was recorded in Long Beach.

Evans noted that at least a third of the staff began working remotely early on, which allowed for physical distancing in the office. The newsroom began holding daily planning meetings via Zoom, and some of the staff was re-tasked to new types of assignments. For example, one of the columnists took charge of producing video content that captured human interest stories around the community (feel-good pieces that showed how neighbors were rallying and helping one another).

“It is a challenge to shoot video because you can’t get too close to people…I believe most people are well intentioned, but we had some video shoots were people weren’t six feet apart, they weren’t wearing masks, and we had a lot of internal debates about how to present that,” Evans said.

“The mayor wanted to do a live chat with us,” Evans said. “We invited reporters from competing newspapers to moderate it with us, and then we decided, let’s do these chats every day.” The chats have been an opportunity for the newsroom staff and viewers to ask questions of ER doctors, child psychologists, the fire chief, the director of the local port authority and a COVID-19 survivor.

To financially manage during pandemic, Long Beach Post leveraged a loan through fundraising, the federal Paycheck Protection Program and tapped into grants, including a grant from Facebook to produce livestream events.

“Our donations have gone through the roof,” Evans said. “(The audience) appreciates our coverage, but on the flip side, our advertising cratered, like everybody else. We really scraped and scrambled…We’re going to have a challenge moving forward because some of our biggest advertisers may not come back for a while or at all.”

“It’s difficult not to write any story that isn’t shaped by the virus in some way,” said Brent Gardner-Smith, editor of Aspen Journalism, an independent, non-profit digital news source in Aspen, Colo. And yet, Gardner-Smith had to make an editorial decision not to shift the site to a COVID-heavy publication. The reason for that had to do with the news market in and around Aspen, where there are two newspapers and a public radio station in play. All three news sources have been providing the regional audience with news about the virus, and Aspen Journalism has a cooperative relationship with the newspapers.

“We don’t compete with them directly,” he explained. “For example, they cover city hall; we don’t.” The site does offer an aggregate of local news under the heading, “The Bucket,” including content related to the virus, but the newsroom team isn’t expressly writing about the pandemic.

In addition to Gardner-Smith, there are just two full-time reporters—one who covers local water issues and one on an environment beat.

“One of the more difficult decisions for small non-profit journalism organizations is what not to cover, especially when…the virus is shaping everything we write about today—from public health and safety articles to the economy, business, legislation, you name it,” he said.

As a non-profit, Aspen Journalism’s fiscal worries differed from for-profit outlets. An annual grant landed in March, which helped sustain them, and they also applied for a federal Paycheck Protection Program loan.

The loan was used just as it was intended—to sustain the full-time employees on payroll without any pay cuts or furloughs.

Aspen Journalism relies heavily on freelance contributors. About $50,000 a year is spent on freelancers, he estimates, and fortunately, with the grants, those relationships have carried on.

“That was interesting because that was sort of our market niche; we’re the non-profit,” he said. “I tried to find the silver lining here, and thought, ‘I guess we’re all non-profits now’, but at least the papers are driving home the message that local journalism is worth people’s direct financial support.”

The Berkshire Edge also leveraged a Paycheck Protection Program loan to help mitigate some of the financial harm it felt as a result of the pandemic. Launched in April 2014, the digital community-focused news source based in Pittsfield, Mass. has a small team, yet competes with larger newspapers in the region—one that recently folded after 31 years of publication.

Marcie Setlow is the Edge’s publisher. There is also an editor, and both of these positions are unpaid, while two other staffers draw a salary.

“We ramped up our membership campaign right at the beginning,” Setlow said. “But we’ve never been able to cover our costs. As advertisers began canceling because of COVID, I really ramped up the kind-of anemic membership campaign I’d launched a couple of years ago, and we got tremendous response.”

The publication greatly relies on freelance writers—which they had to cut back on as advertising began to dry up—as well as reader contributions.

“We are almost entirely COVID-19,” she said of the content. “It seems to be what everybody is interested in…We are very conscious of trying to satisfy the community and keep the community informed.”

By Gretchen A. Peck, Editor & Publisher