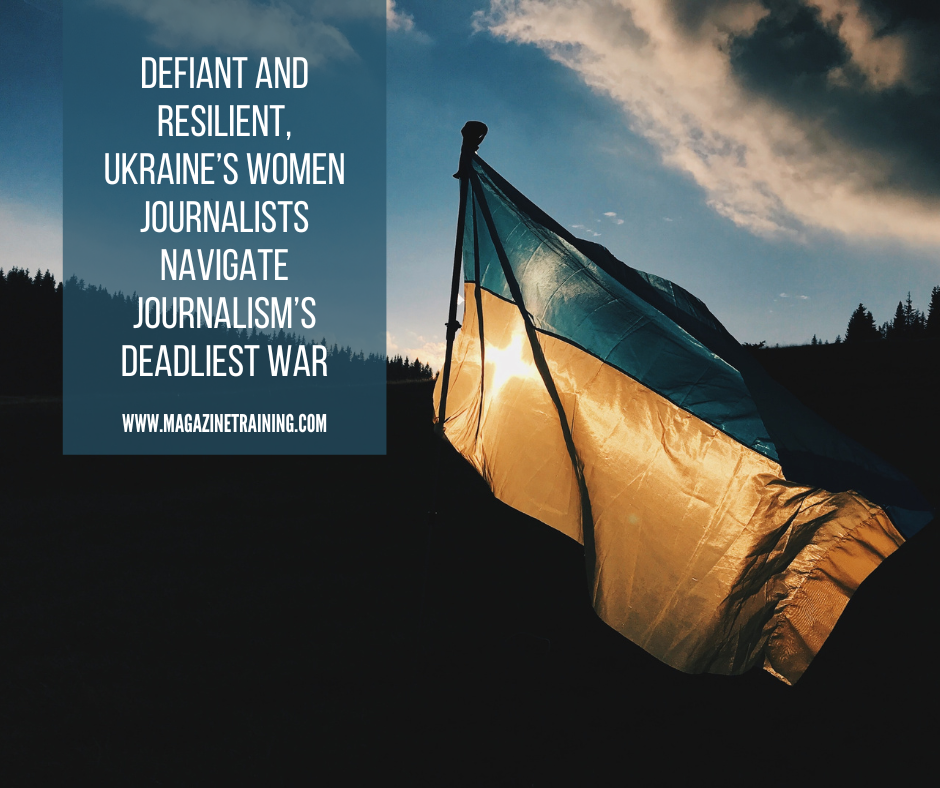 In the first of a two-part series, Luba Kassova shares the perspectives of three prominent women journalists in Ukraine on their experiences of the current war. Based on interviews with Nataliya Gumenyuk, a Ukrainian journalist specializing in foreign affairs and conflict reporting who writes for the Guardian, The Washington Post, The New York Times and other international news publications, and is a co-founder of the Public Interest Journalism Lab; Angelina Kariakina, fellow co-founder of the Public Interest Journalism Lab, and head of news at Suspilne Ukraine’s public broadcasting company; and Iryna Slavinska: an executive producer and presenter for Radio Culture at Suspilne.

“I understand that my life as a radio presenter on Ukrainian radio is nowhere near as dangerous as that of war reporters and other colleagues in the field. I am, however, conscious of Russia targeting radio and TV towers. The cases of Kherson, Mykolaiv, and other cities show very clearly that the occupiers are targeting journalists, especially Suspilne Public Broadcasting. There are places without internet — some people only have access to FM or AM radio to stay informed. Russia wants to mute our radio broadcasting.”

As Russia’s war on Ukraine rages on, women once again find themselves missing from news coverage. Fewer than one in four voices featured in reporting on the invasion belong to women, according to a recent evaluation of online news about the war in Ukraine. Moreover, war coverage of women was often found to portray them mostly as victims, masking their resilience.

I spoke with three Ukrainian women journalists about their work and life during the war, how they cope with the omnipresent danger, and what helps them keep going each day. Unaccustomed to being part of the story, these journalists describe the extraordinary physical and mental pressures they face in a most understated manner.

Photo by Max Kukurudziak on Unsplash