Do no harm: Debunking without amplification 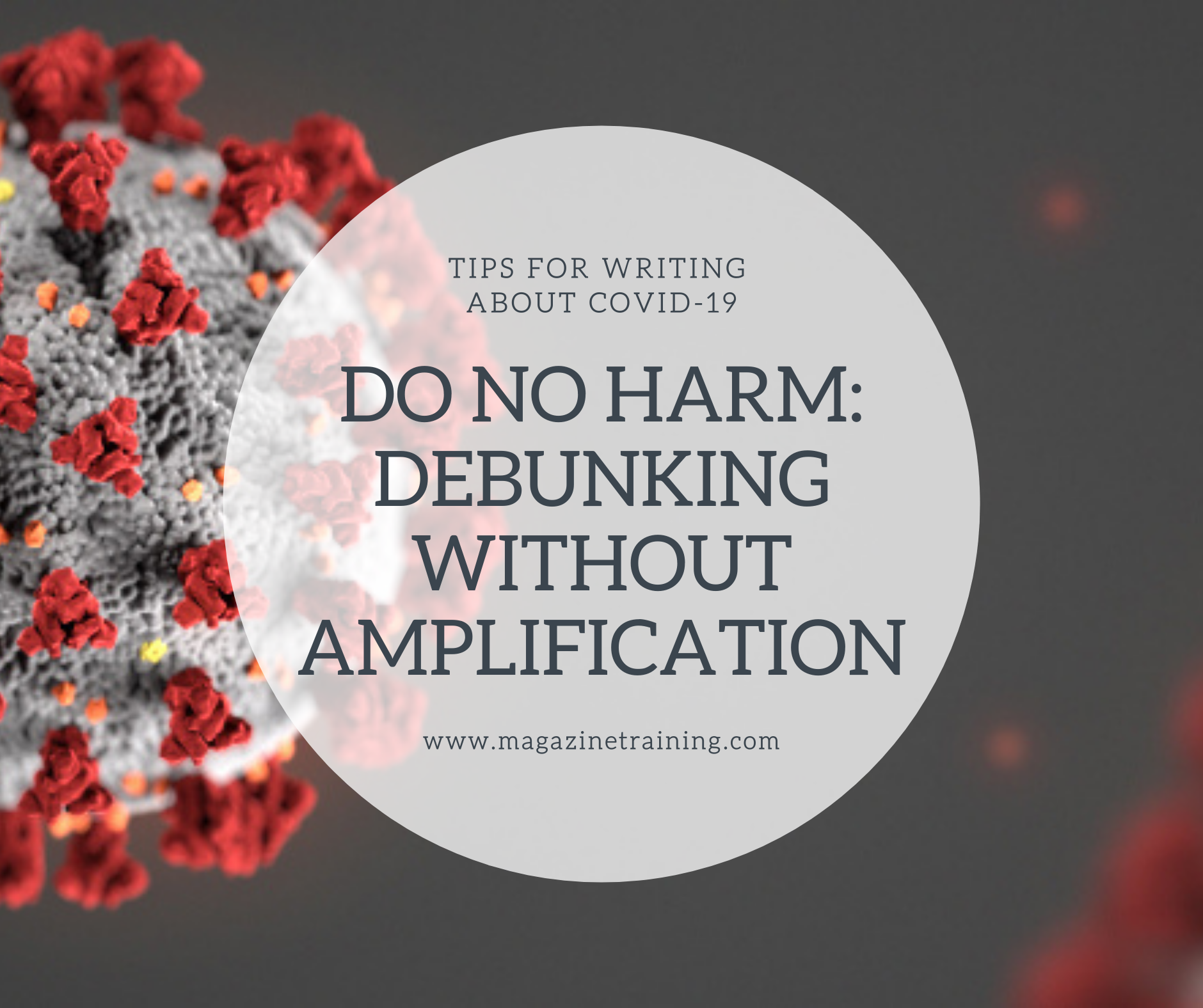 A review of the evidence

What role does “the media” play in the spread of misinformation? A literature review published last month in the Annals of the International Communication Association tried to answer that question.

Looking at previously published studies, the piece argues many “fake news sites” wouldn’t get much traction without the attention of more mainstream outlets. The authors define fake news as using, “journalistic rhetoric, formats and reporting styles for the intentional dissemination of false, invented, information.”

For example, they note that in fact-checking misinformation, the media paradoxically must repeat the false claims giving, them more exposure than the claims would otherwise get.

The question of whether journalists amplify misinformation even as they debunk it has long been a topic of debate surrounding fact-checking. In order to debunk a falsehood, it has to be exposed. It’s the double-edged sword of the business.

Is that exposure necessary to stop the spread? Here there is some better news for fact-checkers.

A report published last month by Emeric Henry, Ekaterina Zhuravskaya and Sergei Guriev for VoxEU.org showed that exposing Facebook users to fact-checks or allowing them to fact-check themselves led to a 25% drop in the sharing of false news.

Another study by researchers at NYU’s Tandon School of Engineering showed individuals were nearly twice as likely not to share misinformation that had been flagged by a fact-checker compared with misinformation flagged by other sources.

The U.S. State Department’s Global Engagement Center wrote in its March report that the ineffectiveness of fact-checking is itself a myth. The center cited a 2016 study by Thomas Wood and Ethan Porter that failed to replicate earlier evidence of a so-called “backfire effect.”

The authors of the recent literature review acknowledged that there’s a dearth of empirical evidence on the connection between journalists and the spread of false information.

“In order to inform mainstream news media on how to best tackle the challenges fake news pose to the citizenry, much more theoretical and empirical research is required,” they wrote.