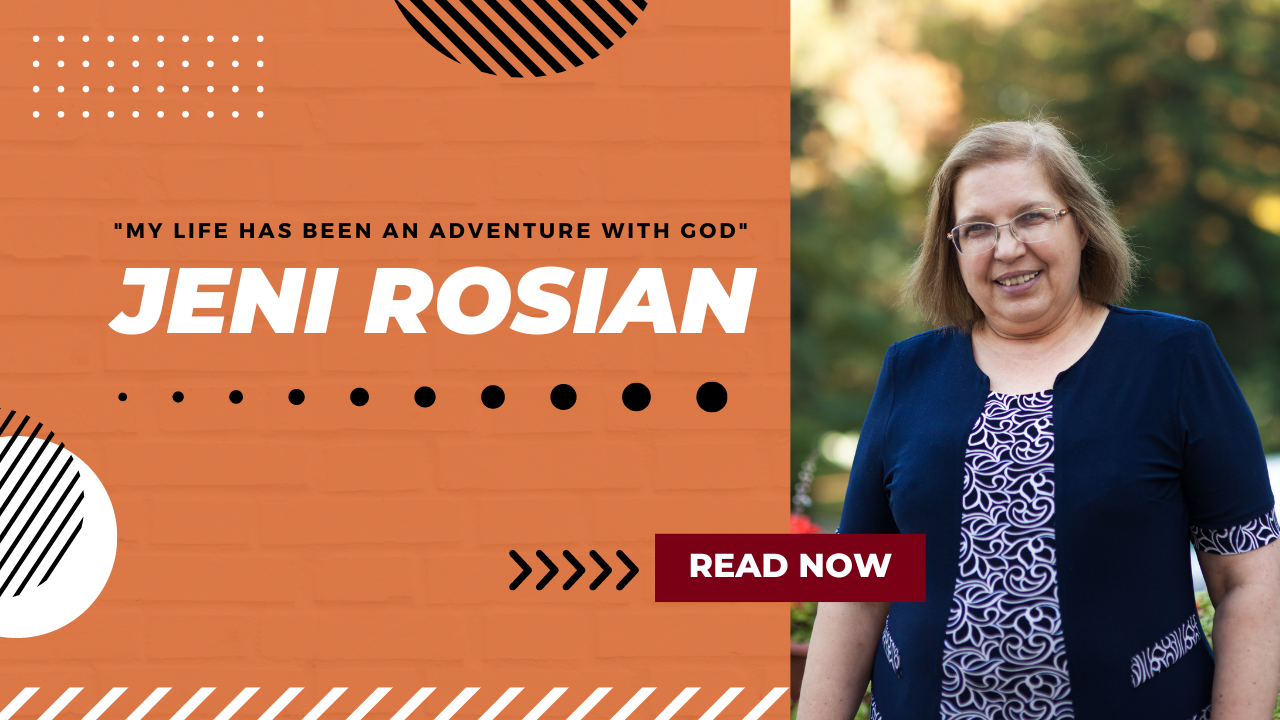 During the cruel days of communist-ruled Romania, the secret police stopped a young Jeni and questioned her about her publishing and Christian faith.

“What was she up to,” the taller of the two policemen asked her one autumn day. After a while, the men became restless and strolled out of Jeni’s apartment into the gray afternoon. As soon as they were out of sight, Jeni spirited her battered typewriter out of the house, checked that no one was watching, ran to a nearby river, and threw her beloved typewriter into the drink.

“If the police found the typewriter, I would lose my job,” said Jeni. The loss of her precious typewriter meant she would have to find another way to create literature, particularly for children. At that time, the communist authorities considered Christians and Christianity a threat; so her work was done covertly.

Romania gained its independence in 1989 when Soviet bloc countries shook off control of their communist overlords and the brutal Romanian dictator Nicolae Ceaușescu was executed by his fellow citizens.

Jeni and her husband, Gusti

Only a few months later her typewriter was replaced by the gift of a printing press, received from Scandinavian missionaries on her wedding day. And in February, 1990, Jeni and her husband Gusti began publishing Children’s Friend magazine.

“At first, the magazine had 24 pages and we printed only about 100 copies,” Jeni said. “We didn’t have a long-handled stapler so we used a needle to put holes in the paper and stapled all of it by hand.” Eventually, the magazine was published in four colors and had thousands of readers in Romania.

In May 1990, she used her publishing experience to launch a library in Medias, which continues to thrive.

In 1993, Jeni heard about training offered by MTI in Romania. “I’d say MTI found me,” Jeni said, adding that she attended publishing sessions over the years and continues to apply the principles she learned.

“After that first session in 1993, I went back to my office and reworked the magazine,” she said. “I didn’t do all the changes from the list I made from the trainers, but I made a lot of changes. So when some of my friends saw the new issue of the magazine, they exclaimed, ‘What did you do?’ I was happy that they noticed that I had gone a step further. Over the years I tried to participate to as many MTI courses as I could.”

Eventually, Jeni served as a trainer for Magazine Training International in Romania, Ukraine, and Croatia.

Before her MTI training, Jeni learned what she could on her own. Her first training session in 1993, left her discouraged by how much needed to be improved.

“But during those days, the writing team and I discovered that we can do better than what we were doing,” she said.

Trained as an engineer in a strict communist country, Jeni knew that writing to express her faith was her ultimate destiny. She learned faith at a child and found her mother and grandfather to be models of strong faith. Jeni combined her love of words—she read Victor Hugo’s French historical novel Les Misérables at five—with her love of art to express her faith in publishing.

“My life has been an adventure with God,” she said. “During the communist years I served God in underground groups, interpreting for missionaries from the West, translating for Bible study groups for Biblical Education by Extension, and serving as an internal contact person for some missions, which were smuggling Bibles and books into Romania.”

Now, Jeni Rosian and her family run Samuel Publishing, a Christian Publishing House in the center of Romania, and Samuel Bookshop and Library in Medias.

“For 40 years I have lived in Transylvania but I know Romania well and I have a lot of friends in churches in many areas of the country–people of faith, living in faith, and sharing faith,” she said.

And that includes friends at Magazine Training International.