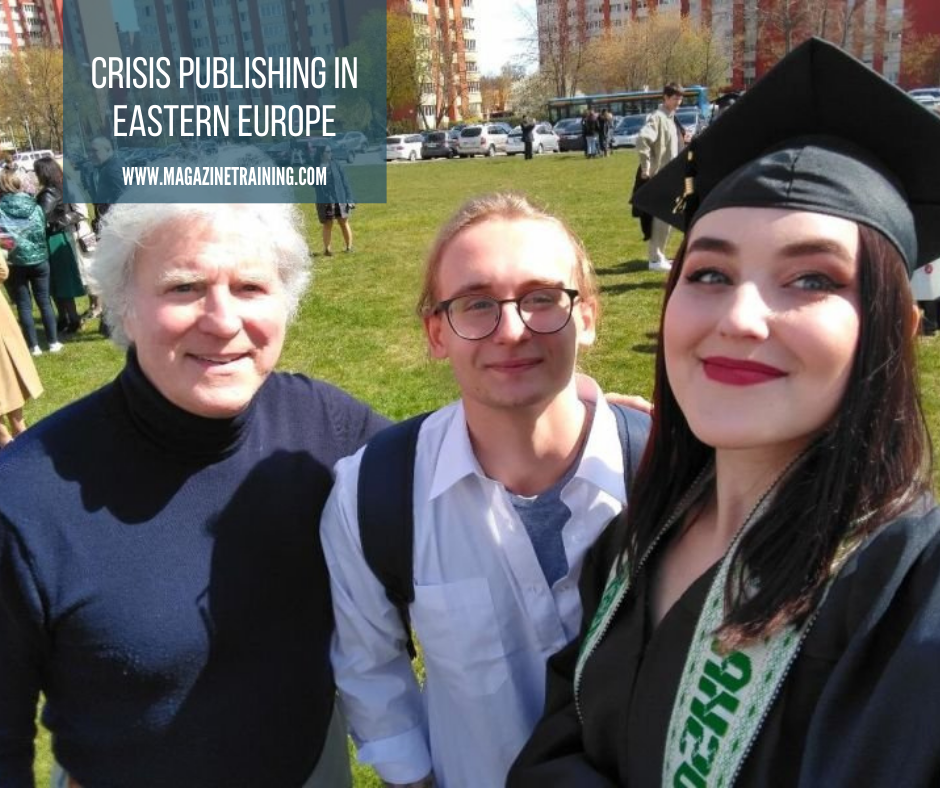 KLAIPEDA, Lithuania—Stories about suffering and success abound in this port city in Eastern Europe where Ukrainians and others are coping while a war ravages its borders.

At LCC International University where I teach journalism and communication, I get to talk to students from 60 countries, 25% of whom are from Ukraine. The students at this faith-based work-study participate in a North American style program with others from Belarus, Ukraine and Russia.

We are unique in the world of international high education.

These days the conversation centered on the war, refugees, Russian cash machines that won’t work, students who couldn’t finish their program because of the threat of war, even one student who dropped out to join the Ukrainian army.

I wrote him the other day.

“Idk how to describe how it is going.”

Others go into detail with one of my students telling me that her mother’s boyfriend is in prison for speaking out against the policies of the Belarus government.

The colors of opposition are red and white.

“The authorities are coming to check on her,” the student said. She is petite, thin, with long blond hair and dressed all in black.

“My mother has to make sure there is no red and white in the apartment when the police visit or she could be arrested, too.”

In the midst of the tension and anxiety, people pray.

At a worship service at a Lithuania church, I heard many fervent prayers including one from Natalia Platova of Rivne, Ukraine, 200 miles from Kyiv, the nation’s capital

She asked for prayer when she spoke and said, “Pray for the Russian people, too,” she asked, adding that Precept Institute, where she teaches, attracts students from Cuba, Pakistan, England and nearly 60 other countries.  All are praying.

“Use your two hands,” Platova said during a worship service. “Use one hand to help others and use the other hand to help satisfy the greater need—sharing the gospel. May God make a miracle.”

English language tutor Tatevik Grigoryan from Armenia said two of her students—15-year-old teenagers, one from Russia, and one from Ukraine—have had strikingly different reactions to the war. Maria, who lives in Moscow, complained, “McDonald’s is closed, and so is the mall.” Meanwhile, Alexandra, who lives in Kyiv, said she could hear the bombing. “The windows shake,” she said.

As the war continues, stories of sacrifice and turmoil become what many call the first, rough draft of history—a history that believers see as another page unfolding in the scroll of the Creator’s Plan.

Dr. Michael Ray Smith serves as a trainer with Magazine Training International and is a former member of the MTI Board of Directors. www.michaelraysmith.com