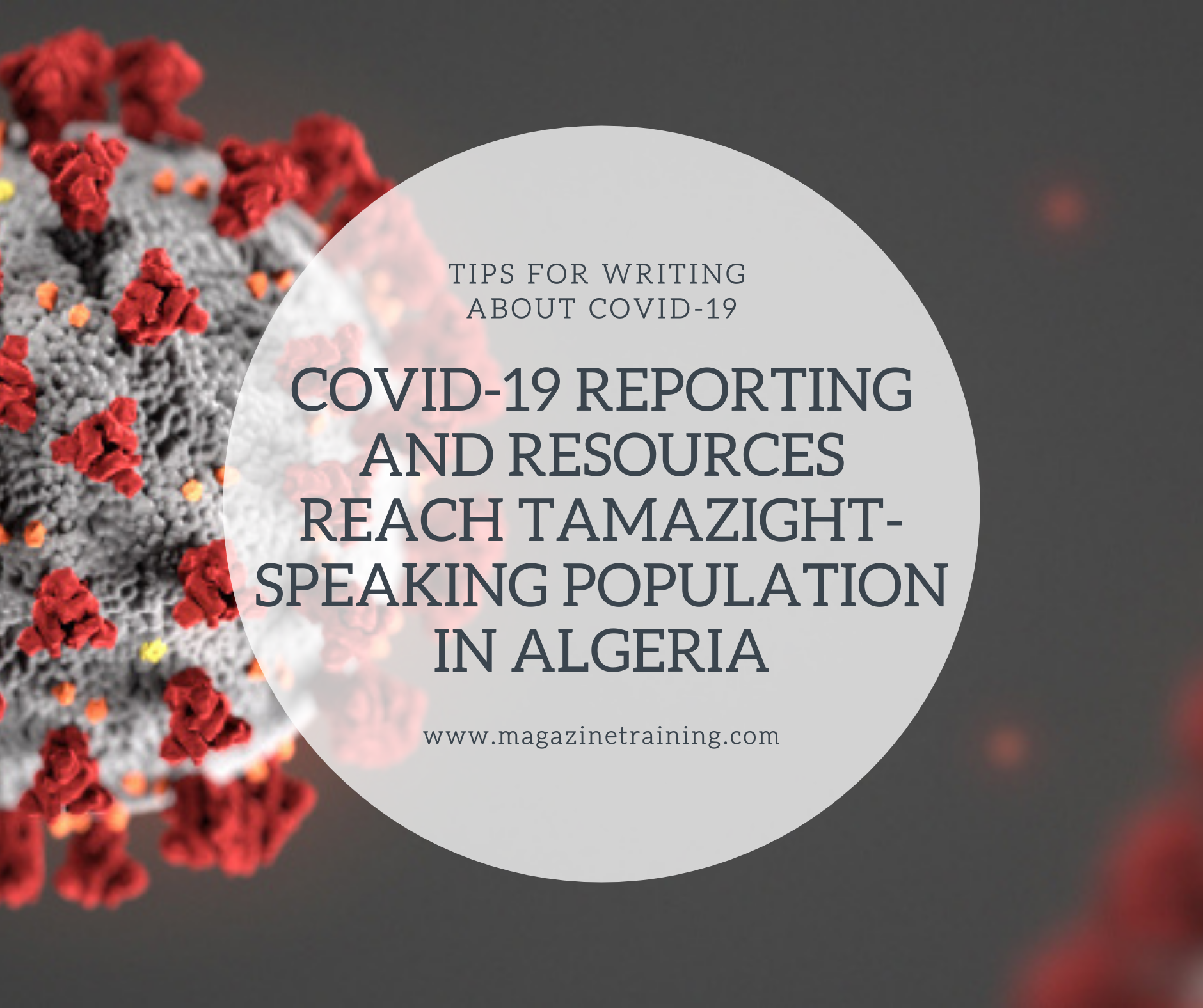 During the COVID-19 pandemic, the importance of communicating vital, potentially life-saving, information has been paramount. Critically, this has meant reaching people that speak less commonly used languages.

When information is circulated only through the world’s predominant languages, it can fail to reach certain communities. With less knowledge at their disposal, members of these communities become more vulnerable to the pandemic’s consequences.

Newsrooms in Algeria have kept this in mind as they’ve launched efforts to reach citizens who speak Tamazight, a Berber language spoken in areas across North Africa. Radio Algeria regularly broadcasts messages in Tamazight to raise awareness about the dangers of the virus and how to prevent it. Local radio stations in Tamazight-speaking regions, such as Radio Tizi Ouzou and Radio Soummam, often organize awareness programs of their own and answer questions from Tamazight speakers.

The Algerian government has acknowledged the importance of producing content in the different languages spoken in Algeria — Arabic, French and Tamazight — in order to effectively combat COVID-19. International organizations, such as the United Nations Population Fund, have also broadcasted content about the pandemic in Tamazight.

Yacine Zidane, the editor of the Tamazight-language newspaper, Tiɣremt, whose print edition the government suspended last winter, underscored the importance of reaching Tamazight speakers as the coronavirus spread. “The team of the editorial staff have used all means to explain, in Tamazight, that this pandemic can only be defeated by a spirit of solidarity and, above all, of responsibility,” he said, referring to the outlet’s digital efforts. “Tiɣremt has reserved its front page and headlines several times to better educate citizens in their own language —  Tamazight — which, for us, was of paramount importance in the fight against this pandemic.”

Despite these efforts, content production in Tamazight remains low. The urgency to increase this output, including in other countries in North Africa like Morocco and Libya, has only become more pronounced as the pandemic has continued to spread. Millions of Tamazight speakers, after all, do not consume news in the more widely spoken Arabic or French.

Especially in Algeria, where Tamazight is one of the country’s official languages, Tamazight-speaking journalists and media professionals should organize and launch media initiatives in this direction.

Access to accurate information and life-saving resources during a pandemic can save people’s lives — just look at the example of immigrant communities in Sweden. The rate of infection in the nordic country’s immigrant Somali community, for example, is higher than that of the rest of the country. In response, Swedish authorities launched information campaigns in several languages to try to limit the virus’ spread among its immigrant populations.