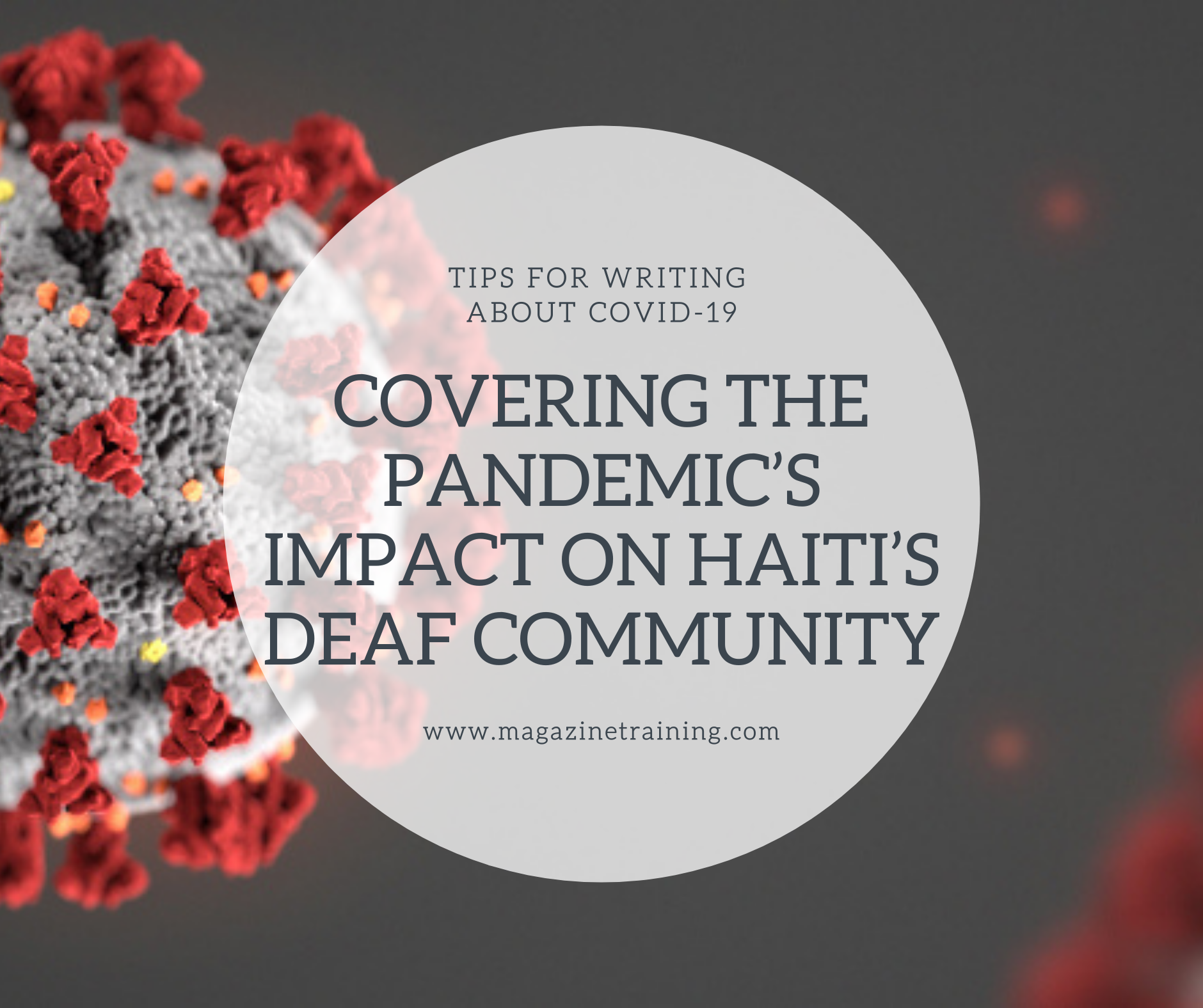 Haitian journalist Milo Milfort’s mantra is to never accept authorities’ words as the undeniable truth before questioning them. He is an active participant in the Global Health Crisis Reporting Forum, a project of the International Journalists’ Network and their parent organization, International Center for Journalists. He is the author of an article about the impact of the pandemic and mask wearing on Haiti’s deaf population, which was chosen as one of the Forum’s top stories in its monthly story contest.

Milfort boasts more than nine years of experience in journalism and social communications. He currently works for Enquet’Action, an independent investigative media organization based in Port-au-Prince. He is also a correspondent for the Spanish news agency EFE and Noticias SIN, a Dominican media outlet. His work has also appeared in many renowned international publications such as IPS News, Noticias Aliadas, Eldias.es, Directa and Equal Time.

Milfort is a graduate of Haiti’s State University and studied social communications and public administration. His work has been celebrated throughout his career, and he has received many international prizes and accolades. The media organization, Enquet’Action, where Milfort works was awarded the first Francophone media innovation prize in 2019 by the Organisation internationale de la Francophonie, the international organization for the Francophone community.

IJNet: Why did you decide to write about the impact of masks on deaf people?

Milfort: I tend to pay attention to vulnerable and marginalized people. I like going left when others go right. [They] repeat figures and rehash the authorities’ speeches without even going on the field to see the real repercussions of official decisions on the most vulnerable communities.

When the mandatory mask-wearing order was announced, this topic came to me very quickly. What about the deaf — those who in Haiti are unfortunately called ”bèbè?” They were already considered outcasts and were going to be even more affected by the pandemic’s consequences. Soon I discovered that wearing a mask would contribute further to deaf people’s precarious living conditions in the country because they are not suited for their daily needs.

Between mid-March, when the state of emergency was announced, and July, when it was lifted, authorities were never able to find masks suited for the daily realities of deaf people. The pandemic worsens the living conditions of those who are hard of hearing. Education, housing and employment rights were completely violated. Deaf people’s living conditions were already dire before the pandemic, they continue to be during the crisis, and it will be worse once it ends. That’s because they were never a priority for the authorities.

What challenges did you face while gathering information for this story?

My main challenge was accessing information and sources. It’s a pretty common challenge in our field in Haiti, and the pandemic made it even more difficult. For this story, we wanted to gather a lot of information on a subject that’s often overlooked. Sources didn’t want to see us for interviews or field observations. For example, we wanted to visit an institution that cares for deaf people, but our request was denied for fear we would upset the children. Very little research has been conducted on this subject in academic or scientific fields. We only have bits and pieces of outdated information here and there. For example, we don’t even have a reliable figure of how many deaf people live in Haiti.