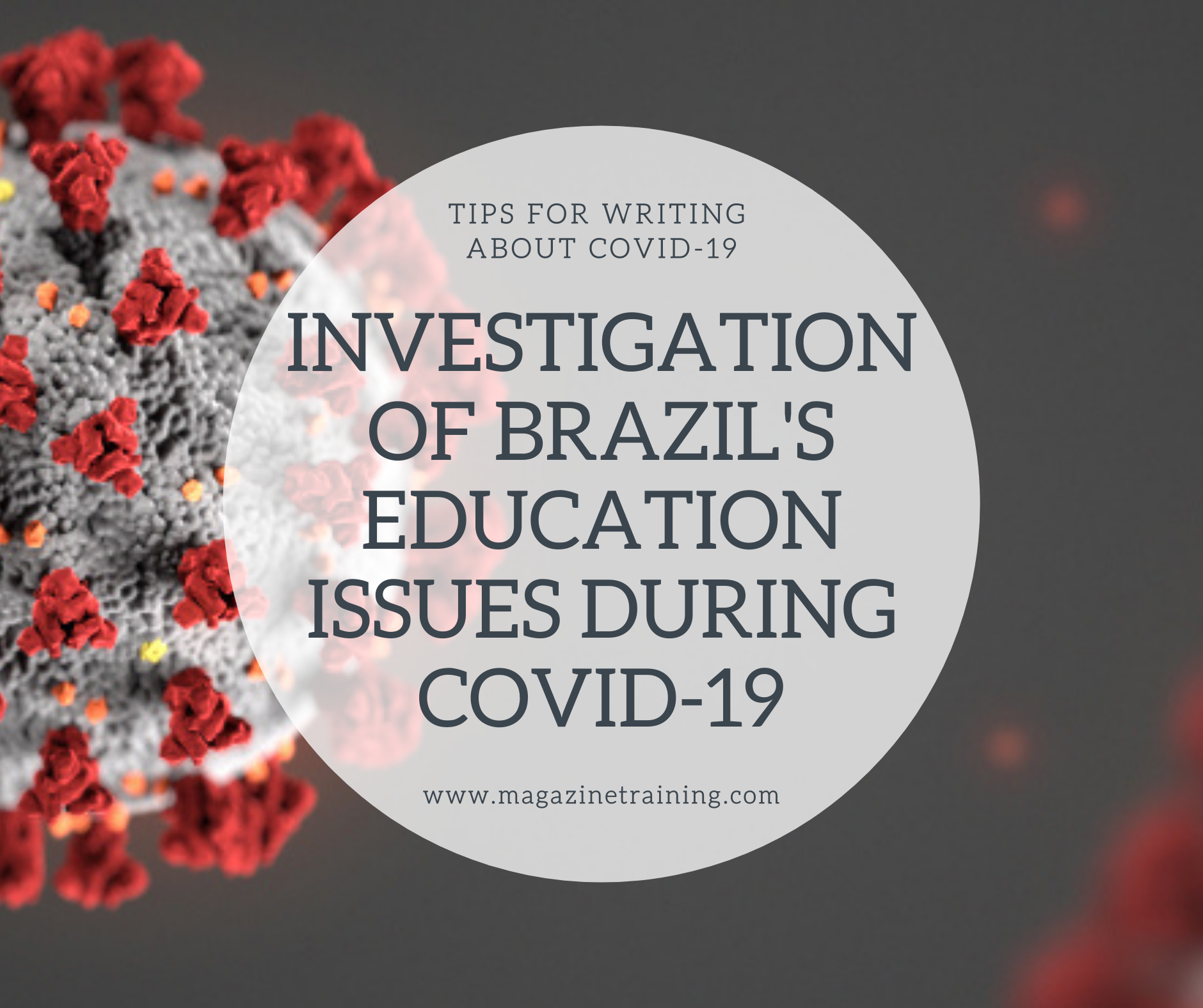 When schools in Brazil first closed in March 2020 due to the pandemic, the country’s education system was ill-prepared to face the challenges presented by COVID-19. That 35 million children were now out of school and forced to learn from home was just the tip of the iceberg.

In a country the size of a continent with high levels of social inequality and regional differences, the debate can’t focus solely on opening or closing schools. Rather, it needs to address the pandemic’s complex and diverse effects on children and their communities; education is a multilayered process in which teachers, students, families and communities interact daily to shape their environments. Unfortunately, many media outlets reduce their coverage of education to one homogeneous, over-simplified topic no matter the region.

In this context, Brazilian collaborative and investigative reporting project Lição de Casa has made it its mission to provide more nuanced coverage of the issue. Fifteen journalists from 10 regions in the country are part of this effort to report on COVID-19’s impact on education.

Launched in September 2020, Lição de Casa journalists aim to convey the multifaceted nature of the educational crisis in Brazil. “Younger children weren’t getting the right coverage; all students fall in the same category when referred to in the media, but their challenges are very different,” said Lais Martins, a reporter from San Paulo working with Lição de Casa.

The project’s founder Joana Suarez explained the critical need for well-conducted education reporting. “I believed the crisis in education would be as impactful as the health crisis, considering that children and teenagers had been basically abandoned at home for many months now,” she said. “At home, social inequalities, vulnerabilities and violations show up rather often, so I thought we, as journalists, had to dive deeper into the issue.”

Lição de Casa’s first series of stories focused on the experiences of primary school children in public schools across 10 different regions. The series underscored the value of adding the appropriate context to each of the individual educational systems. “Communities in [the Amazon] go through different problems compared to what the ones in the southern regions face. Lição de Casa is exactly based on rejecting over-generalizations and doing journalism in a way that enhances these differences. Addressing them in the most accurate and respectful way is the real challenge,” said Suarez.

One of these stories featured a 5-year-old girl named Laura living with her mom and little sister in the southern region of Rio Grande do Sul, where she doesn’t have access to enough healthy food at home. Another piece examined the issues faced by students living in rural communities in the Amazon, whose professors deliver and collect assignments by boat due to the lack of internet connection in the area. “These would not be your first concerns when thinking about closed schools in the whole country. For this reason, we are trying to bring more perspectives into the debate and to report on education taking into account the whole universe revolving around children,” said Martins.

Building a collaborative journalism project from the ground up is a demanding task. Lição de Casa founders first needed to identify a gap in the public knowledge, and then build an audience in order to make it financially viable.

“We have been experimenting with many formats. We write stories, have a podcast and collaborate with artists like Pablito Aguiar, from the south, who created cartoons of each child featured in the first series of stories, and Gabriela Güllich, a graphic journalist from the state of Paraiba, who produced a graphic story on a teacher from her state,” said Martins.

Lição de Casa also spreads its work through partnerships such as one it has with Projeto #Colabora, an independent media project focused on sustainability, to help them to reach a broader audience.