“Brown envelope” journalism in Africa and how to combat it 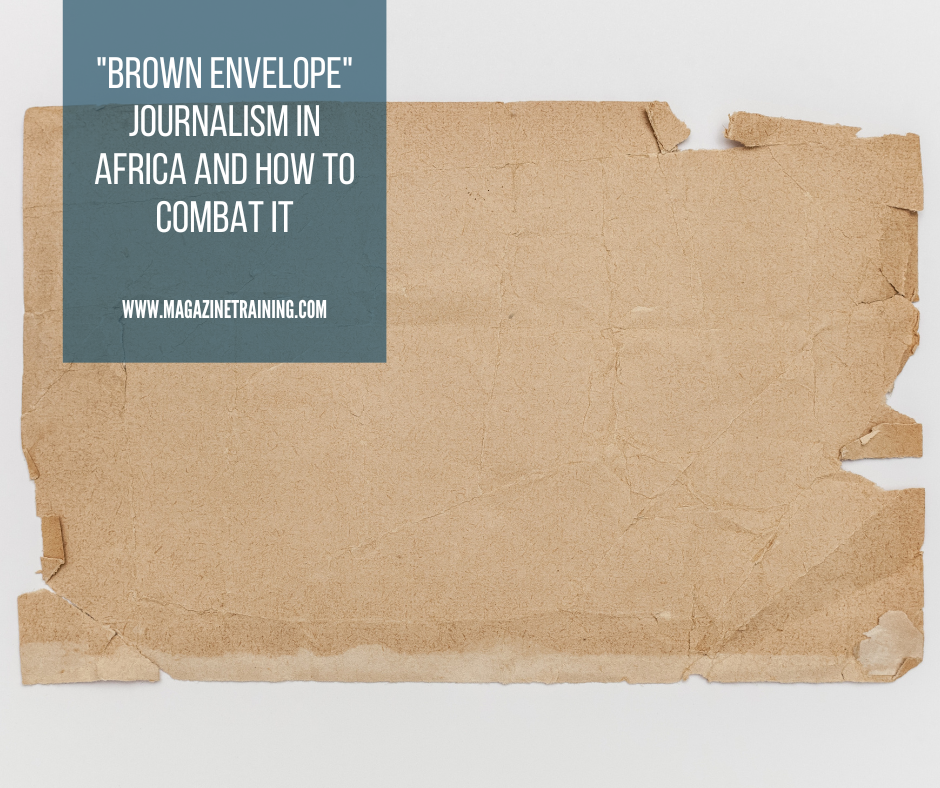 Often going unreported, corruption in journalism is a major concern across Africa.

Commonly referred to as “brown envelope” journalism — as it typically involves monetary bribes enclosed in brown envelopes — it seeks to influence journalists to produce more positive reporting on an issue or to kill a negative story.

“The International Federation of Journalists and the Trade Union of Journalists are all over the world trying to fight for equal payment and equal treatment from the economic point of view of the journalist, just to avoid this phenomenon of brown envelopes,” said Meli. “We know that in some situations of precarious work, this might be a problem and journalists can be more influenced. It is important that we are working together with all journalists to have this kind of treatment at their economic level.”

Joseph Asomah, an assistant professor at St. Thomas University in New Brunswick, Canada noted that this corruption can be challenging to address as it happens mostly in secret between the journalist and the one paying the bribe.

“However, efforts are being made by some nongovernmental organizations to address the problem. For example, in Ghana, the Media Foundation for West Africa has established “The Fourth Estate” an investigative reporting project to promote accountability and make those in power answerable,” said Asomah, who is from Ghana himself.

In Zimbabwe, many media watchdogs, experts and journalists agree that more training for journalists on reporting ethics is needed to combat the brown envelope journalism. Journalist Lulu Brenda Harris from the Centre of Innovation and Technology emphasized that to do away with brown envelopes, ethics must be ingrained in journalists.

“We have a duty to our audiences to adhere to ethics and be responsible not only in our reporting but in the way we also source for stories,” she said. “Audiences trust us to tell them the truth. As journalists we are in the influence business, and if that trust is broken the media will crumble.”

Denouncing the corruption, Tapfuma Machakaire, a veteran journalist and the ethics chairman at the Voluntary Media Council of Zimbabwe, acknowledged,too, the pervasive issue of poor wages in the country’s media industry.

“Brown envelopes are not part of journalism. They don’t fit anywhere in the transaction of getting a story published,” he said. “We have been aware that the brown envelope syndrome has been with us for some time now and this is a result of the poor performing economy of this country. Journalists are not well paid, and working conditions are very poor. As a result they are tempted to accept something that can improve their living standards.”