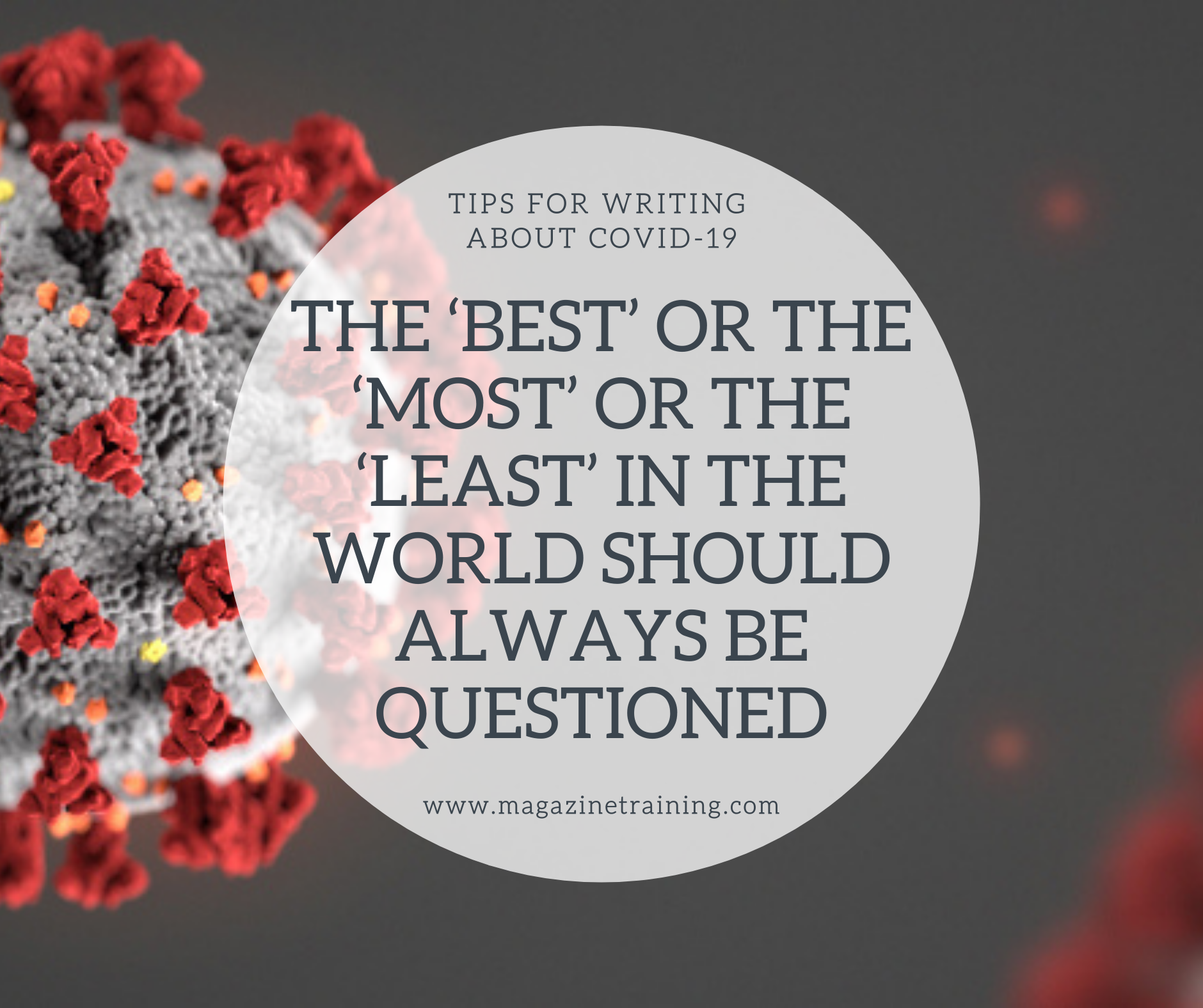 Read this article in Spanish at Univision.

When fact-checkers find claims that include “the most” or “the least” in a global comparison, we know to question them. In the last few weeks, Latin American fact-checkers disproved three of those claims – all of them unfortunately related to COVID-19.

On April 27, during an interview with Radio Voz in Argentina, President Alberto Fernández celebrated the success of the compulsory social distancing his government established in his country. He saluted the results and said: “We are the country with the least deaths in the world.”

Fact-checkers from Chequeado reacted quickly, pointing out the falsehood. With 4.2 deaths per million inhabitants (on April 27), Argentina was 71st in the international ranking of countries. In South America, four other nations had lower figures.

On April 5, also within the COVID-19 topic, two Colombian senators and the son of the senator and former president Alvaro Uribe shared on Twitter a graph that showed Colombia as the country with the largest number of intensive care units (ICU) in all of Latin America.

Fact-checkers from ColombiaCheck also reacted and found that while the data for Colombia was reliable, the numbers for other countries weren’t. “There is no unified data that allows a correct comparison,” wrote Colombian fact-checkers. “The table talks about Latin America, but only mentions seven of the 20 countries in this region, not including figures related to nations like Brazil.”

In Brazil, a superlative claim is slightly more alarming. On April 7, a popular website published that the World Bank had said that Brazil was the best country in the fight against COVID-19. False and false. On Wednesday, April 29, Brazil registered the highest contagion among  48 countries analyzed by Imperial College London. And, of course, the World Bank never complimented Brazil. Fact-checkers from Agência Lupa published a detailed fact-check about it.

One world leader who frequently uses extreme language is U.S. President Donald Trump. On March 12, he tweeted that Democratic former vice president Joe Biden was in charge of the H1N1 Swine Flu epidemic when it killed thousands of people. Trump added: “The response was one of the worst on record. Our response (to the COVID-19) is one of the best, with fast action of border closings & a 78% Approval Rating, the highest on record. His was lowest!”

PolitiFact revealed Trump’s mistakes. Biden was not in charge of the Obama administration’s H1N1 response. Besides that, public confidence in the H1N1 official response was the second-highest, not “one of the worst” or the “lowest,” as Trump said.

So please take this tip from an old fact-checker:    Always question claims that contain expressions like “the best,” “the largest,” “the biggest,” or “the lowest,” especially if they are followed by a global comparison. The fact-checker inside of you should be skeptical of superlatives.