A cautionary word: Always write with the reader in mind 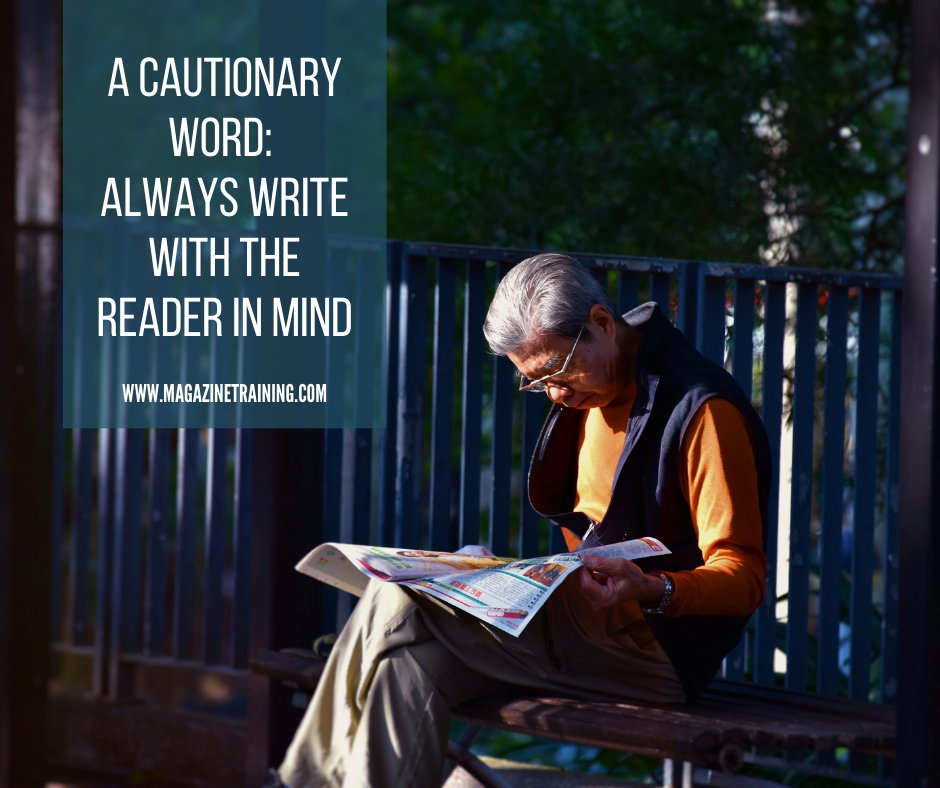 Big mistake: I started writing without the reader in mind.

I was responding to the scandalous analogy a reviewer had made ridiculing my profession. I was incensed. Also, chagrined. I could see there was some truth to the caricatures he used, but I labored for a couple of hours, writing a rebuttal. Pride got the better of me.

Each paragraph was dedicated to showing how what the author classified as a sin was, in fact, a virtue. For example, he characterized freelance writers and editors as “a nightmare,” dismissing us as a bunch of “critics.” I wrote that I am someone who is proud to call herself a freelance writer and editor. I number plenty of freelance writers and editors among my friends. I hardly think that, either individually or together, we are nightmares. And the complaint that we are critics? Look in your own mirror. Every writer, editor, and publisher is a critic. If we did not believe that criticism has value, there would be no point to our work. Why try to persuade? Why cajole? Why encourage? Why not simply accept reality as it is, rather than write or publish anything at all? Even affirmations point to their opposite—the possibility that what was affirmed could be overlooked, denied, or rejected.

I ran out of time and had to attend to other obligations. I put the piece aside.

When I returned to what I had imagined to be an eloquent and elegant essay, I found a screed. Whom did I think I was going to reach with this piece? It wasn’t aimed at the author. It wouldn’t work as a letter to the editor. It wasn’t suitable as a stand-alone article or editorial. It was merely a rant, and a sorry one at that. Because, as I said, I wrote it in response to a provocation—but instead of taking criticism seriously, and responding with the humility a Christian should have, I dodged. I ridiculed. I exaggerated. I minimized. In short, my rejoinder was the perfect example of the sins for which I and my fellow freelancers were put on trial. It was a nightmare. I was a mere critic, carrying on with caricature and complaints, rather than offering constructive comments, counsel, and correction.

As I thought about what I had written, the Lord reminded me of a number of basics I had forgotten. Indignation is not the same thing as inspiration. Before responding to a fool, check the facts. Before showing yourself to be a fool, check your heart. Temper your tantrum and tame your tongue. Remember the reader. Remember your reputation. Remember you can revise, redraft, and rethink.

So here I am, chastened, contrite, with a cautionary word. Think carefully about your communications, and the effect you want them to have. Think about the character of your words, and their context. God has given you the ability and gifts you use to write, edit, and publish—use them well. Use them with care. And may God keep you from making the same mistake I did; may he grant us both grace when we fail, and give us passion to persevere in his service.