6 tips for protecting your mental health when reporting on trauma 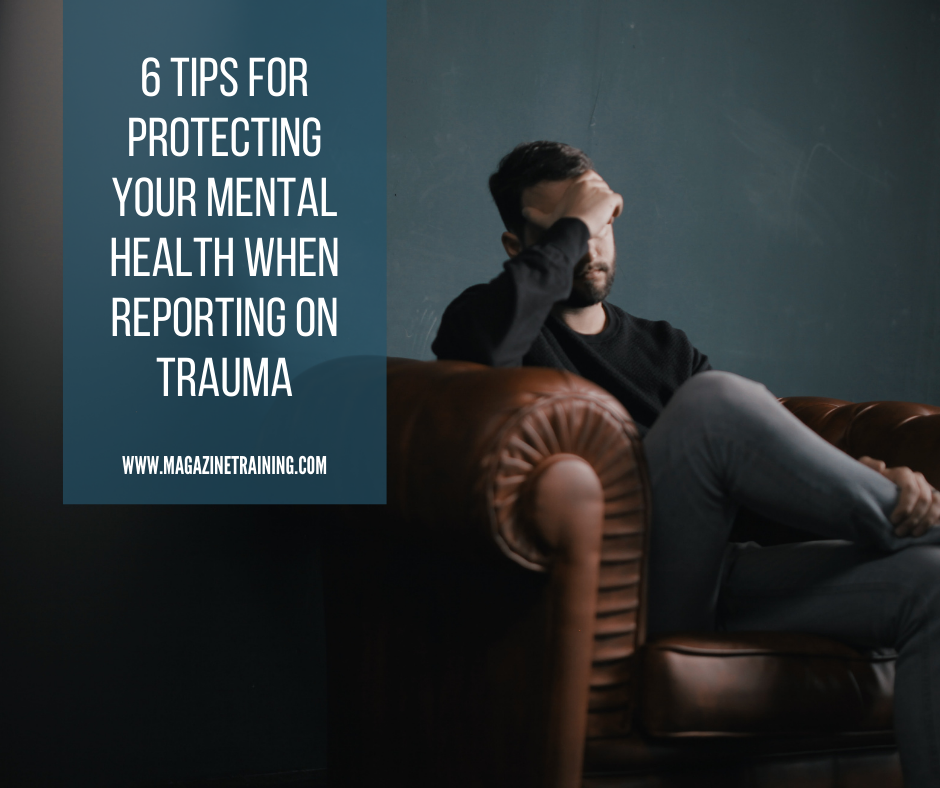 This post is the second piece in a two-part series about how journalists can protect both their physical safety and mental health, as well as the health and safety of their subjects, when covering dangerous or traumatic events. You can read part one, which addresses physical safety, here.

Twelve years ago, I didn’t know how impacted I was by Nepal’s civil war and Maoist insurgency. For a year, I had to pore over raw footage of the aftermath of the war in post-production. After six months, I started dreaming scenes from the war. The same thing happened in 2015 after spending months producing numerous stories on the April earthquake in Nepal.

Amantha Perera, the Asia-Pacific coordinator at the Dart Center for Journalism and Trauma, explained this condition is known as ‘vicarious trauma.’ It’s caused by working with victims of trauma or, in the case of journalists, covering traumatic events. While many of the symptoms are similar to the more commonly known post-traumatic stress disorder, many people don’t know vicarious trauma, also known as compassion fatigue, exists. But traumatic incidents can have psychological impacts on subjects, audiences and journalists alike.

The following techniques may help journalists build own resiliency and learn how to report sensibly on trauma-related issues:

1. Remember the importance of telling the story

When Narendra Shrestha, a Nepalese photojournalist, was covering a 2017 flood in the southern plains of Nepal, he photographed an incident in which an eight-year-old boy died of pneumonia after his village flooded. The pictures disturbed Shrestha, and he balked at publishing them online. But he realized he may regret not telling this important story. After he posted the story online, the story went viral and was later carried by international media outlets. “Our job is isn’t always luxurious,” Shrestha said. “Sometimes, we have to face the ugliest situations.”

2. If a story becomes too overwhelming, take a break or give the story to someone else

Shrestha felt overwhelmed covering earthquake stories for a prolonged period of time. To get away from earthquake survivors’ heart-wrenching stories, he went overseas for a different assignment. “It was sort of a a way to let me forget the trauma,” he said.

3. Camera people and photographers should allow privacy during interviews