10 tips for journalists covering COVID-19 around the world 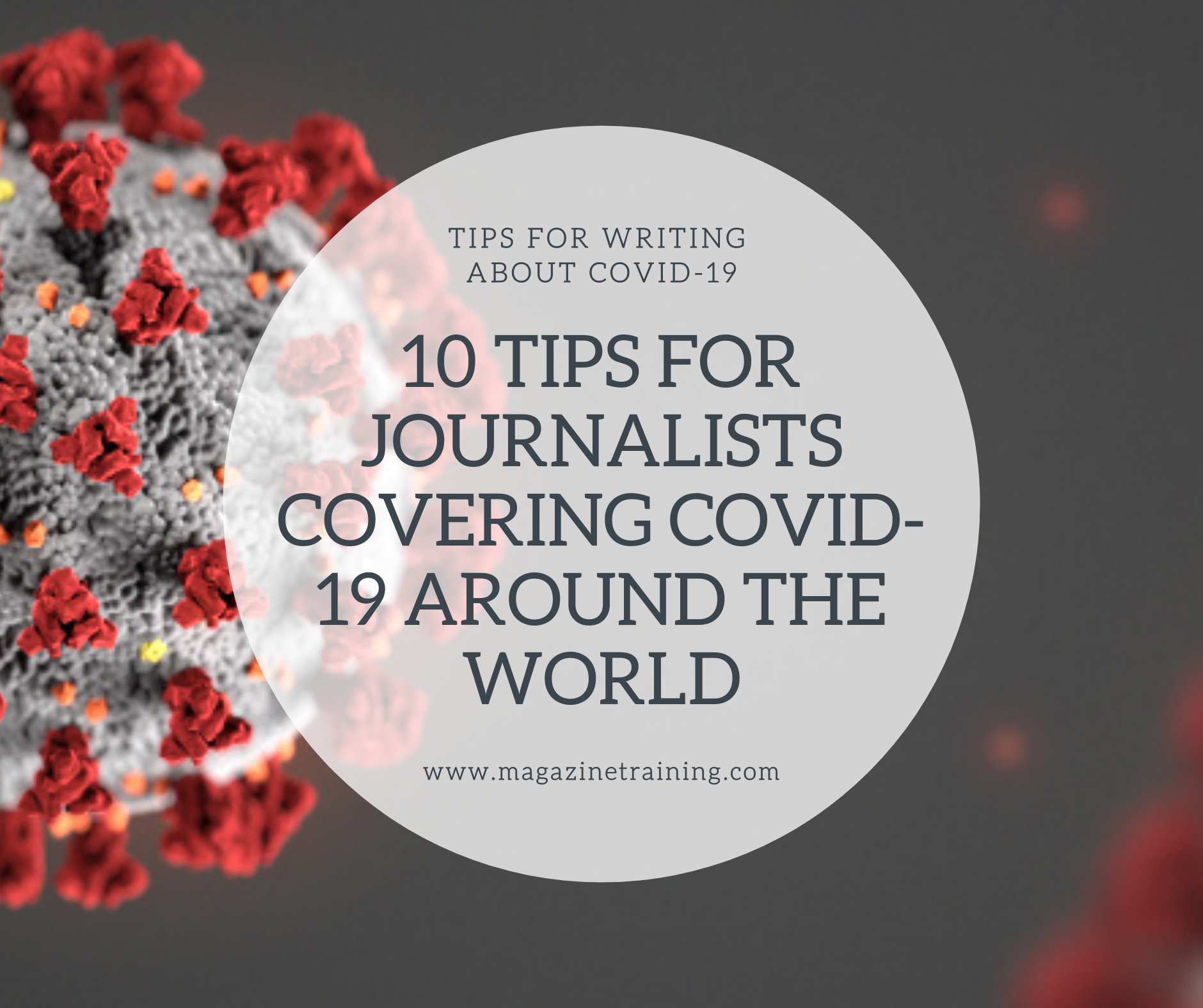 It’s a journalist’s duty to clearly and responsibly communicate reliable information to the general public. During a global health crisis, like the one we face now with the spread of COVID-19, the disease caused by the novel coronavirus, this role becomes ever more critical.

“There is so much ‘fog’ in stories like this, it is your responsibility to try to cut through that to get a clear picture of what is going on,” said Shenzhen-based freelance journalist Michael Standaert, who writes for Bloomberg, as well as The Guardian, Al Jazeera and more. Standaert has been reporting on the virus in China since its outbreak in December 2019.

Especially during crises, journalists need to draw a difficult balance between informing the public and stirring fear. “You want to avoid lulling people into complacency,” said Dr. Stephen Morse, a professor of epidemiology at Columbia University. But, you also don’t want to hype it up so much that you create unfounded fear or panic, he added.

In China, this task is even made even more challenging in the face of government censorship. Standaert has found it increasingly difficult to get sources to go on the record, as Chinese citizens fear government warnings or reprimands. “It is insane and worrying that an average citizen thinks they cannot speak their mind without approval of local government officials,” he said.

However difficult the conditions, reporters like Standaert continue to produce stories on the virus. From those on health beats, to those covering the economy, transportation and more, journalists around the world are reporting on this story from many different angles.

To help journalists around the world contend with these stories, we’ve compiled a list of tips below for reporting on COVID-19.

As with any worldwide crisis, there’s a lot of information circling around, and not all of it is good. The proliferation of information on the internet can mislead audiences, like the image of a man lying dead in the street in Wuhan, surrounded by medical workers. It was dubbed “the image that captures the Wuhan coronavirus crisis” by The Guardian — but there was no proof that the man actually died of the virus.

Visual reporting on the crisis is valuable, but it needs to be carried out responsibly. Reporters should make sure their images accurately portray what’s going on. Sensationalist photos, like the man in the street, give an inaccurate picture and spread fear. “Photographs coming out of Wuhan continue to be important for creating a timeline and archive. Given general distrust of information in China, people really do need to see what’s happening to believe it,” said Betsy Joles, a Beijing-based freelance reporter and photojournalist.

Before you even start photographing — or writing — take in your surroundings, speak to people and understand the mood on the ground. Then, translate that into your reporting, and avoid any content that might contradict what people are actually experiencing.

“I don’t think there’s anything wrong with relaying fear and uncertainty in a story, if that’s what the mood is on the ground” said Standaert. “But you need to be careful if you’re outside and only hearing from a handful of people.”

(2) Focus on reporting, not analysis

Opinion and analysis have their role, but it’s too early to really understand large-scale ramifications, said Joles. “I’ve tried to avoid pontificating at this stage because there’s still a lot of reporting to do.”

Don’t follow The Wall Street Journal’s lead, for example, and publish an op-ed that labels China the “real sick man of Asia” — which was widely criticized as racist — and speculates on the country’s economic fall due to the virus. It’s too early to know the long-term financial effects.

Standaert warned against pieces that try to project any political ramifications — either inside or outside China.  “We’re only in the 3rd inning of the ballgame,” he said, “and we don’t really know how things will play out.”

It should be further noted that China expelled three Wall Street Journal reporters in response to this article — a worrying step in terms of press freedom, notwithstanding the article’s problematic takes.

This piece of advice is directed to all the editors out there: don’t mislead readers with your headlines. With a high volume of information, and the fast pace of social media, many people get their news from headlines alone. Although you want it to be catchy, don’t sacrifice facts for clicks — ever, but especially in the midst of a crisis.

“I actively try to suggest headlines for my stories that are reflective of the situation and not sensational,” said Joles.

(4) Remember: not all figures are accurate

Journalists rely on numbers, and data is a critical part of reporting. However, Dr. Morse warns that data isn’t always reliable.

“When you see figures from an epidemic, or a disease, they’re going to be inaccurate,” he said. “And they’re more inaccurate in the beginning.”

Don’t neglect the data you have available, but make sure your audience understands the limitations and uncertainty behind the numbers.

The infection has an estimated incubation period up to 14 days, which means that it’s possible for someone to contract the virus and not show any signs for two weeks. This leads to a lag in the numbers, said Dr. Morse.

by International Center for Journalists